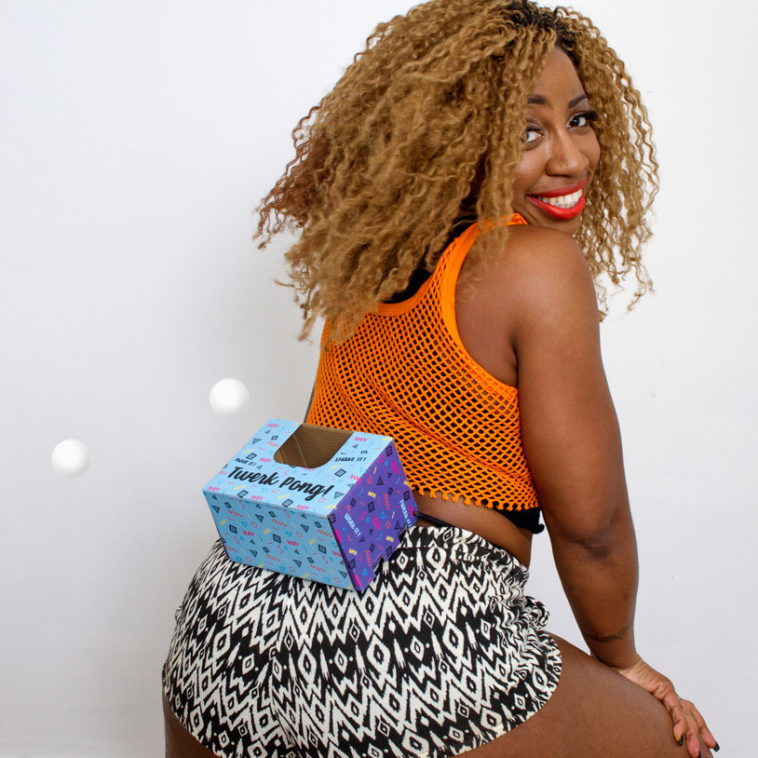 The wheel, electricity and now Twerk Pong… there really is no end to humankind’s ingenuity.

As useful as the first two on that list are, we can’t help but feel as though they can barely hold a torch to Twerk Pong’s genius.

Of course, a torch would only be needed because somebody has accidentally Twerked a ping-pong ball into the lighting fixture.

I am obviously talking out of my a$$ and speaking of a$$es, Twerk Pong is a game where you have to gyrate your butt while simultaneously trying to get ping-pong balls out of a box.

Is this the invention of the year? Probably not, but if it’s your thing, then who are we to judge. The company behind it, Achy-shakey bum, will be hoping not to be too bummed out by its demand.

Here’s how it works:

The device, which is for sale on Firebox for $16.29, comes with flat-pack boxes, which you build, then fill with ping-pong balls. You then tie the box around your waste and do the popular dance. Whoever can get the most balls out of their box in a given time period wins.

There is also the alternative game, where you put the box on and somebody playing ping-pong has to hit the balls into your box… everything I write seems crude… these are genuine game descriptions.

We are not totally sure how somebody comes up with such a game, but we would be willing to wager than intoxicants may have been present.