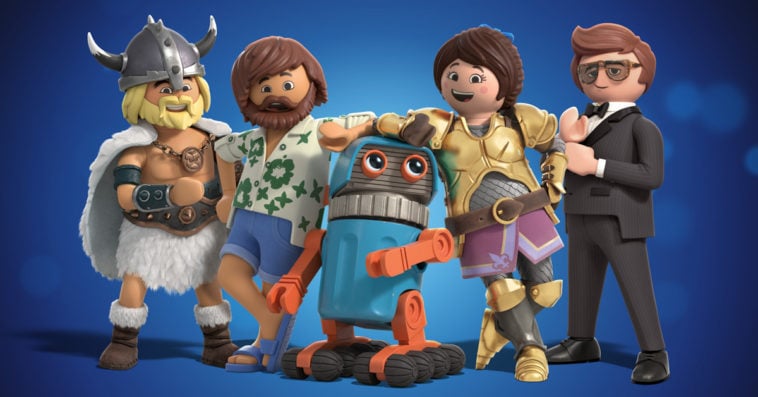 STX Films has recently dropped the second trailer for Playmobil: The Movie, and just like when the flick’s first trailer was released last December, people still have different thoughts about the animated feature.

Since Playmobil: The Movie is based on a line of toys similar to LEGO minifigures, some people are calling the film a rip-off of The LEGO Movie. Though there’s nothing wrong in trying to recreate the box-office success of the LEGO Movie franchise, Playmobil is less popular than LEGO, so turning the former into a feature-length film is seemingly a risky idea. In fact, a few people already have a hunch that the Playmobil movie will flop at the box office.

glad to see this being faithful to the inspiration by being just like The Lego Movie, but cheaper and worse

This looks like it’s going to be the biggest animated trainwreck of the next decade. Everything about this trailer is cringe.

Who asked for a budget-brand Lego Movie ripoff?

What kid even wants to play with Playmobil, let alone watch a 90 minute movie about the toy? ?

Additionally, the Playmobil movie doesn’t feature any well known IPs, unlike the LEGO Movie franchise which has Batman, Superman, Green Lantern, and Wonder Woman, among many others. The Playmobil movie’s lack of “star power” makes people think that it’s just going to be an ordinary film.

Despite all the negative comments about the Playmobil movie, there are still some people who find its trailer promising and are excited to see the movie this summer.

Hollywood has long been criticized for producing movies based on things that don’t readily have any narrative. While most toys fall into that category, previous years have proven that films based on toys are actually hit or miss. But as long as toy manufacturers will continue to serve as co-producers and investors on these movies, there will always be film studios that will be willing to partner with them to make such films.

Directed by Lino DiSalvo, Playmobil: The Movie follows the adventure of siblings Charlie (Gabriel Bateman) and Marla (Anya Taylor-Joy) who are both transported from the real world into the magical animated universe of Playmobil. When Charlie goes missing, unprepared Marla goes on a quest of a lifetime to bring her younger brother home. As she sets off on a fantastic journey across stunning new worlds, Marla teams up with some unlikely and heroic new friends, including the smooth-talking food truck driver Del (Jim Gaffigan), the dashing and charismatic secret agent Rex Dasher (Daniel Radcliffe), an extravagant fairy-godmother (Meghan Trainor), and many more. Through their vibrant experiences in the Playmobil universe, Marla and Charlie realize that no matter how life plays out, you can achieve anything when you believe in yourself.

Playmobil: The Movie opens in U.S. theaters on August 30th.