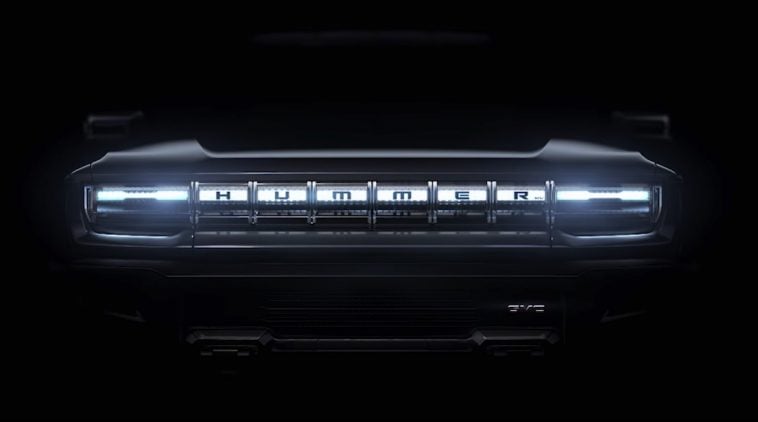 After years of speculation, the Hummer nameplate is officially set to return, this time as an all-electric vehicle with GMC branding. The news arrived today in the form of veiled teaser images and videos touting some rather impressive specs. In fact, some wonder if the numbers are too good to be true.

According to GMC, the Hummer EV is capable of 0 to 60 in 3 seconds and packs 1,000 HP – nothing out of the ordinary for what’s expected to be class-leading EV. However, many auto enthusiasts are questioning the veracity of the 11,500 lb-ft of torque boasted by GMC. Car and Driver, for example, says such a figure sounds “suspicious.” They believe the automaker might be using funny math to inflate its stats, saying the “amount of torque actually produced by the electric motors would probably be more like 1150 lb-ft.”

Unfortunately, at the moment, there’s not much else to go on. Other important details, such as the battery capacity, vehicle range, and price are still unknown. And while GMC has booked advertising space during this weekend’s Super Bowl, we’re unlikely to learn more until the full reveal scheduled for May 20th.

Slated for release in late 2021, the Hummer EV will be one of the first vehicles produced at the recently announced Hamtramck plant in Detroit. The all-electric truck / SUV market is still in its infancy, however, GMC will face stiff competition from the likes of Ford, as well as newcomers like Tesla and Rivian.