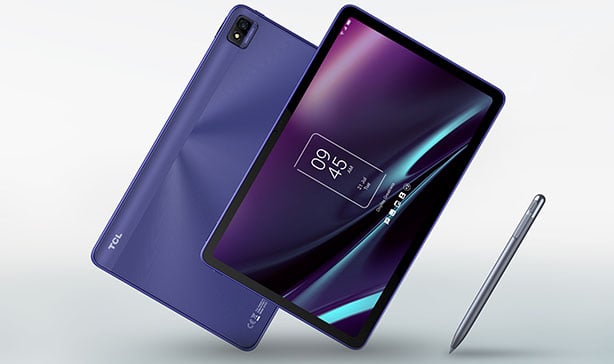 Today at IFA, TCL is introducing their, NXTPAPER display tech, and its first two tablet, the TCL 10 TAB MAX and TCL 10 TABMID. Tablets have become this generation’s pen and paper but there hasn’t really been a tablet device that can truly replicate the feel of writing or sketching on an actual piece of paper or notebook. But TCL wants to change that with its new proprietary display technology, NXTPAPER. 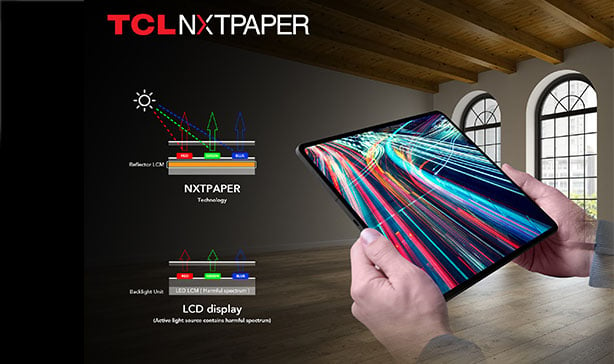 The product of two years worth of product research and design, NXTPAPER offers a “paper-like visual experience.” Promising to provide full color, flicker-free images, the technology also boasts of 11 patent designs for eye protection for users who spend long hours on their devices.

It’s paired with a reflective screen to repurpose natural light and avoid eye strain. This would make it the first in the world to provide a “zero eye strain” display on a large screen surface. Its higher contrast also provides a better overall viewing experience. Additionally, it provides 65% better power efficiency.

The TCL 10 TABMAX boasts of a 10.36-inch display equipped with NXTVISION. Its bezels are narrow at just 8.3mm with a widescreen layout for the screen. 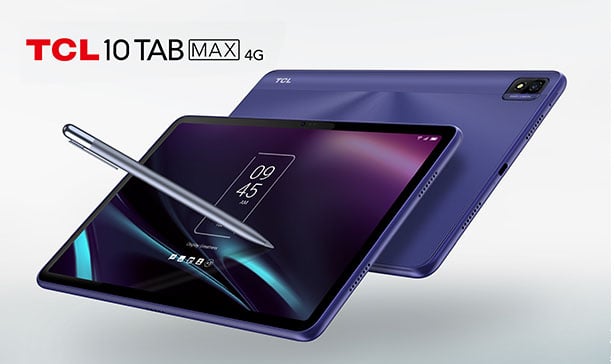 TCL has also loaded the TABMAX with a dual-microphone system that supports noise reduction for clear communication on calls and an 8-megapixel front camera for high-quality images. On the rear, we can find a 13-megapixel camera for taking photos and videos. Maintaining eye health is also taken into consideration with its flicker-free display and intelligent eye care features. And lastly, for battery, the TABMAX sports an 8000mAh battery to support all-day use.

READ  Microsoft shows teaser for Minecraft AR on a mobile

The TCL 10 TABMAX will be available before the year ends in 4G and WI-Fi only variants for select regions globally. It’s expected to retail for €299 EUR and €249 EUR, respectively. 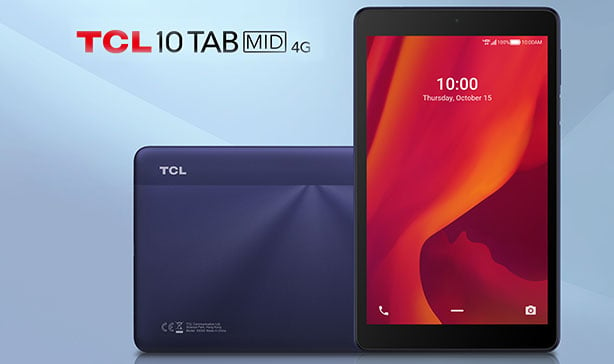 TCL’s second tablet is the lighter and sleeker TCL 10 TABMID. Measuring just 8.5mm thick and weighing 325g, the TABMID is a very portable device that users of any age can use thanks to its included Kids mode with parental controls.

Internally, it’s powered by a Qualcomm Snapdragon 665 octa-core processor and a high-performance GPU. Equipped with a smaller 5500maAh battery, it’s still hefty enough to endure a couple of hours of use. Imaging features include a 5-megapixel front-facing camera and an 8-megapixel rear camera.

The TCL 10 TABMID will be available before the year ends in both Wi-Fi only and 4G variants for select regions globally. It’s expected to be priced at €229.