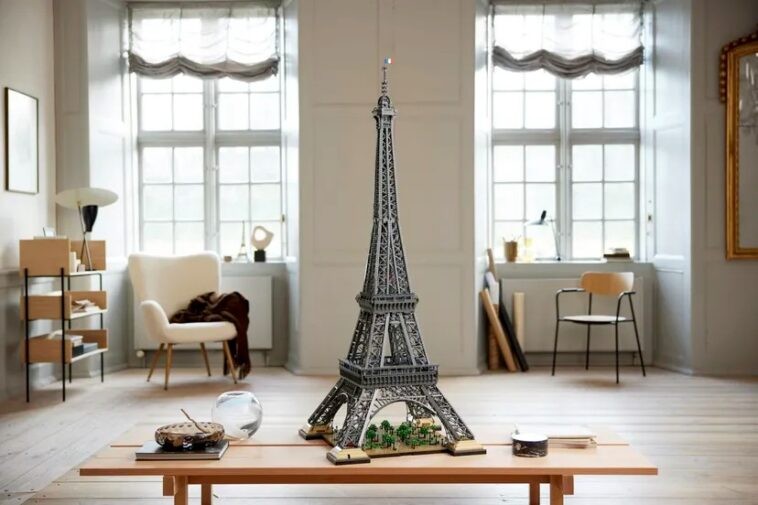 The LEGO Eiffel Tower is the tallest LEGO set to date

The Eiffel tower, which was constructed between 1887 to 1889, is an architectural masterpiece that has become one of the most recognizable structures in the world.

According to the LEGO Group, the architectural and engineering feats achieved in building the Eiffel tower inspired Lego’s tallest build yet.

To simplify the building process, LEGO says fans can build the tower in four separate sections before stacking them together and displaying the tower in their homes.

Promotional photos released by LEGO depict a highly-detailed Eiffel tower replica. LEGO claims it closely followed the structural principles of the real Eiffel tower in designing and constructing the Eiffel tower set, which is why it includes the Eiffel tower’s stunning truss-work, landscaping, elevators, three observation platforms, an office at the top, a broadcast tower and a French flag at the top.