Super League Gaming has long been creating community events that bring the esports experience to amateur players across the US, one of them being the ever-popular PUBG. A new competitive season, the PUBG MOBILE North American Super League 2019 – 2020, will be starting next month and Super League has just announced that global mobile tech company, OnePlus, will be coming aboard as their first-ever official smartphone sponsor.

“Super League is thrilled to welcome OnePlus as our first mobile hardware sponsor as part of our partnership with Tencent to bring premium competitive PUBG MOBILE experiences to mobile gamers across the U.S.,” says Super League’s CEO Ann Hand.

This event is very fitting to showcase OnePlus’ recently released smartphone, the OnePlus 7T. Its flagship specs, including 60FPS and HDR+ enabled gaming support, are designed to run games like PUBG in the smoothest way possible even at the highest possible graphics settings.

Players can sign up for this free event which will be held at select Dave & Busters across the US and get a chance to win a number of prizes including a OnePlus Pro Kit if chosen as the featured player of the month. Super League also hosts a quarterly “City Champs” league which is the premium competitive franchise. This entails players to form a team representing their hometown and compete against opposing teams from other cities. With the OnePlus’ sponsorship in tow, City Champs regional winners will be receiving Oneplus phones as prizes. 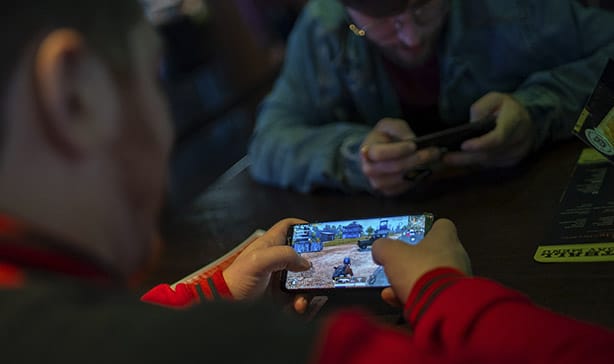 Super League’s aim with their events has always been to celebrate the everyday player based on their gameplay achievements and diverse personal stories. Community nights are free of charge and open to any willing player, experienced or not.