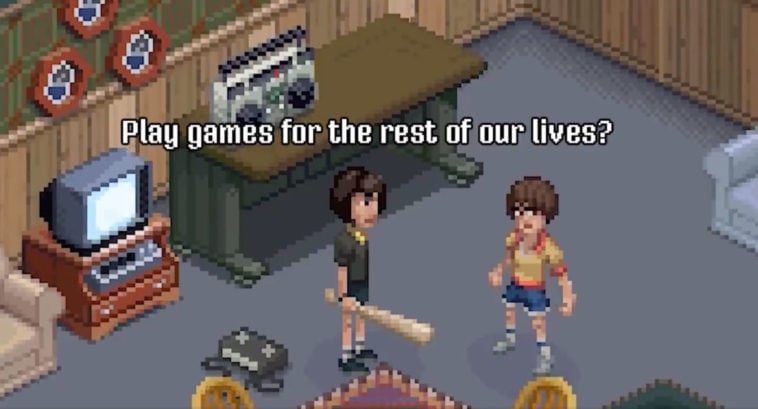 Not long after releasing the trailer for the upcoming season of Stranger Things, Netflix just gave fans another reason to be excited after dropping the first teaser for the Stranger Things 3 video game.

According to Variety, Stranger Things 3: The Game “will allow both single-player and co-op, and it gives players the chance to explore the town of Hawkins for themselves.”

The retro-themed title is expected to fall in line with Stranger Things’ 1980s vibe, down to the old-school arcade 16-bit aesthetic.

Nerdist says the game features “notable crossover between the two narratives,” and allow players to choose any of “the central cast of Hawkins residents as playable characters, each with distinct abilities.“

The game will launch on July 4th, the same day as season 3 will be released. It will be available for Nintendo Switch, Xbox One, PS4, and PC.