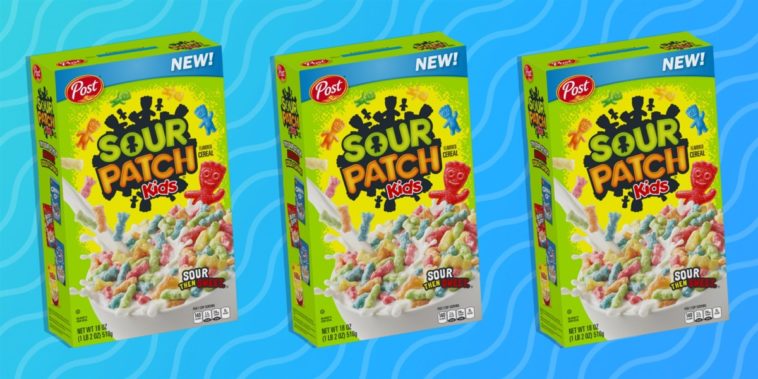 After weeks of social media speculation, we can finally confirm that the iconic Sour Patch Kids candy is being turned into a breakfast cereal.

The famously ’sour, then sweet’ candy has been around in several different forms for decades, however, this is the first time it’ll be reimagined as a breakfast item.

According to Today, the $3.98 cereal will be available exclusively through Walmart starting on December 26th.

Post – the makers of the upcoming cereal – promises that its creation will, indeed, retain the notable tart, then tangy favor, as well as the familiar Sour Patch shape we’re used to.

So far, social media reaction has been largely negative, with most responders finding the idea of sour cereal repulsive. Undeterred, Post and Walmart are both still on track for the initial launch at the end of the year.

And if there’s no Walmart near you, Post says the company plans to release the cereal to more retailers starting in June 2019.

As more and more Americans turn away from traditional breakfast cereals, makers are testing wackier creations in a bid for our attention. Therefore it comes as no surprise that Post is testing its Sour Patch Kids cereal, while Funko, on the other hand, is testing its own Golden Girls variety.