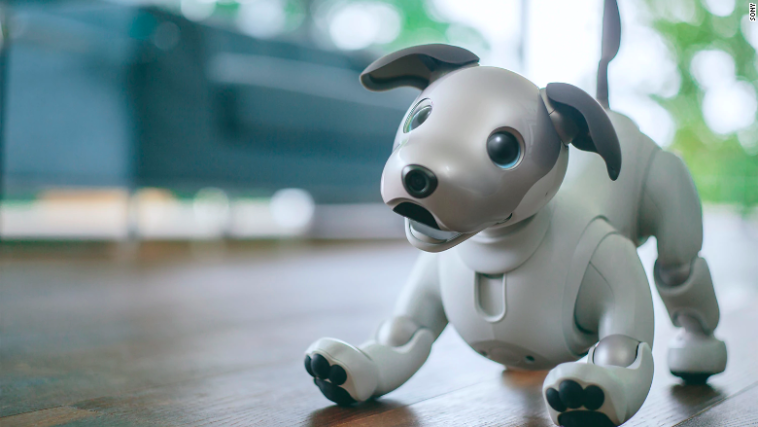 Remember back in the 90s and early 00s when robot dogs were everywhere?

The craze really seemed like it was about to catch on, but then it slowly faded away. If you know what we are talking about, then prepare yourself for a nostalgia buzz as Sony is resurrecting Aibo, its iconic robot canine.

The latest Aibo is a good upgrade too, as it has several touch sensors for realistic petting and it will even respond to your voice. Its movement is also more realistic and it has a camera on its nose to help it recognize family members… which to us sounds just a little creepy. And this time around he comes with artificial intelligence baked in, allowing him to develop his own unique personality over time.

It also has a slightly less creepy camera on its back, which will help it navigate to its charging station – two hours of play takes three hours of charge, which is actually pretty realistic for a regular dog – puppies need their sleep!

The new Aibo as highly responsive and nothing short of adorable. However, we are pretty sure his best quality is that he won’t pee on the carpet.

The new Aibo ships to Japan next week and is selling for around $1,800 with a monthly subscription costing around $27 per month.