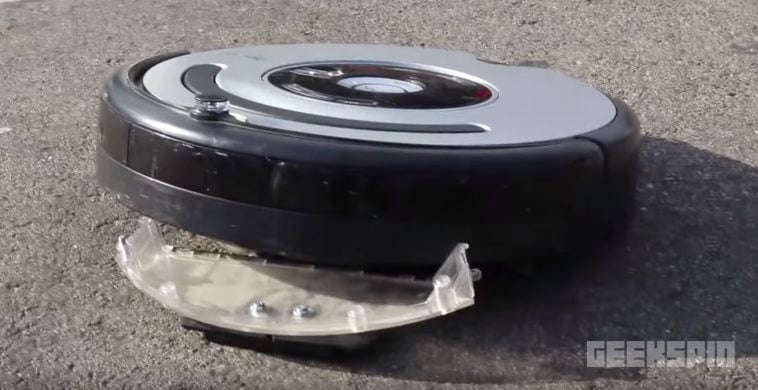 Some people might think that Roomba technology is already perfect. Michael Reeves is not one of them.

Using his love of tinkering and basically knowing which wires to cut–and which ones not to–he managed to disembowel a Roomba and turn it into something else.

The idea was for Reeves to make a Roomba that screams whenever it bumps into things. Well, a bunch of optical sensors, a radio receiver, motor drivers, relays, and one onboard computer later, and he actually did it.

What an absolute madman.

We’ve got to admit, the words “Roomba that screams whenever it bumps into things” never once crossed our minds. It kind of sounds like one of those one-sentence startup pitches. But Michael Reeves, the boy genius, went ahead and built it for real.

It’s quite entertaining, and on some level, you have to think that it’s hilarious. However, we won’t fault you for not being able to relate — especially if you don’t currently use or have never even used a Roomba yourself.

Regardless, Reeves has made himself a pretty neat contraption, all with the use of a simple Raspberry pi, some wiring, and a Bluetooth speaker. It’s a shame that the Roomba has lost all of its ability to actually do some clean-up, though. Our guess is, when you make something on this level, you have to make certain sacrifices.