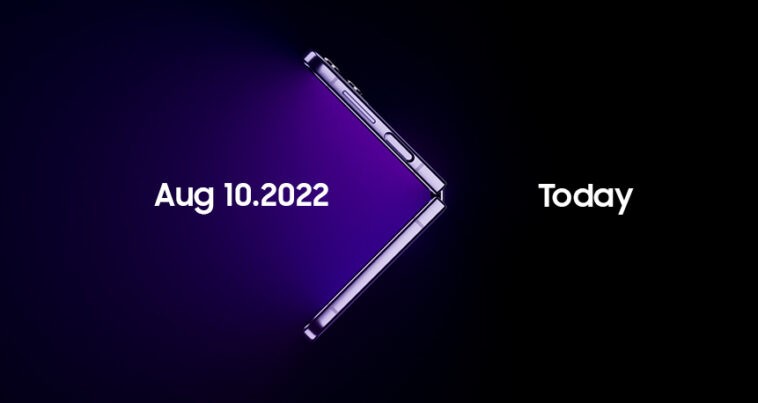 Samsung has announced its next Unpacked event on August 10th, and it’s going to be focused on the 4th generation of Samsung folding phones – including the Samsung Galaxy Z Flip 4 and Samsung Galaxy Z Fold 4. Samsung is offering an exclusive $200 credit for reserving either Galaxy folding device ahead of the launch.

You must sign up with your email and name to be eligible for the credit. But you’re not obligated to purchase the device – reserving is risk and commitment-free. Reserving a Galaxy S23 smartphone now will get you $50 of free Samsung credit.

At the Unpacked launch, we also expect to see a Galaxy Watch 5 Pro and a new pair of Galaxy Buds.

Leaks have already indicated the Galaxy Z Flip 4 will offer a very similar form factor to the Galaxy Z Flip 3, but this time around, the display crease will be practically unnoticeable. The battery inside of the Flip 4 is also expected to increase to a 3700mAh battery with 25W fast-charging. These are all positive rumors, unfortunately, the Z Flip 4 is rumored to use the same camera array as the Flip 3, which is a disappointment, since we hope to see an improved camera.

As far as the upcoming Galaxy Z Flip 4, leaks indicate that the device will feature a shorter and wider display, as well as a redesigned hinge.