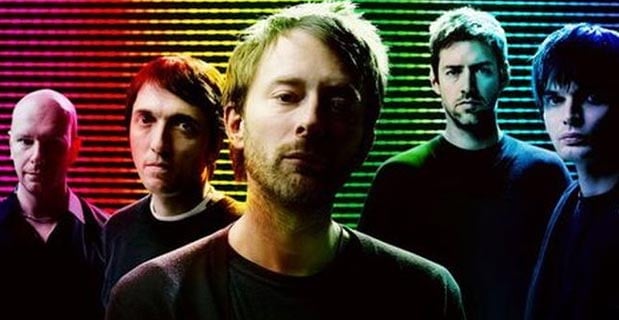 Radiohead, the band famous for songs such as Creep and Fake Plastic Trees, has transformed their official website into what they’re calling the Radiohead Public Library.

The Radiohead Public Library is a collection of various Radiohead-related content such as music videos, live performances, music, and official merchandise. The website, which consists of just one long page, is free and offers media and content that dates back to the very first Radiohead album. To celebrate its launch, the band also included a bunch of rarer finds like their 1992 EP. Drill, “I Want None of This” from the charity compilation, “Help! A Day in the Life”, and a 2011 remix EP.

While not obvious, the site and its content are actually categorized by the release date of the band’s albums. The colored boxes situated on the top right corner of the screen each represent an album and clicking on one will take you directly to that area on the page. In descending order, the first part of the website, enclosed in a gray box, celebrates the album “A Moon Shaped Pool” which was their last album release in 2016. and goes all the way to their very first album, Pablo Honey, in 1993. Also included in the website are b-sides, artwork, press releases and other such memorabilia featuring the band.

Today's librarian taking you on a tour through the brand new Radiohead Public Library is: Colin Link in bio…

You can also sign up for a library card that has the Radiohead Public Library logo and QR code. Fans can affix their photo on the card and then have it printed. And while there’s no real function to it, it’s a fun keepsake. Additionally, for its launch week, each member of Radiohead will act as a librarian for one day at a time. The selected band member will personally curate and feature content available on the site. For this week, it’s bassist Coli Greenwood who’s in charge. You can check out his curated list here.