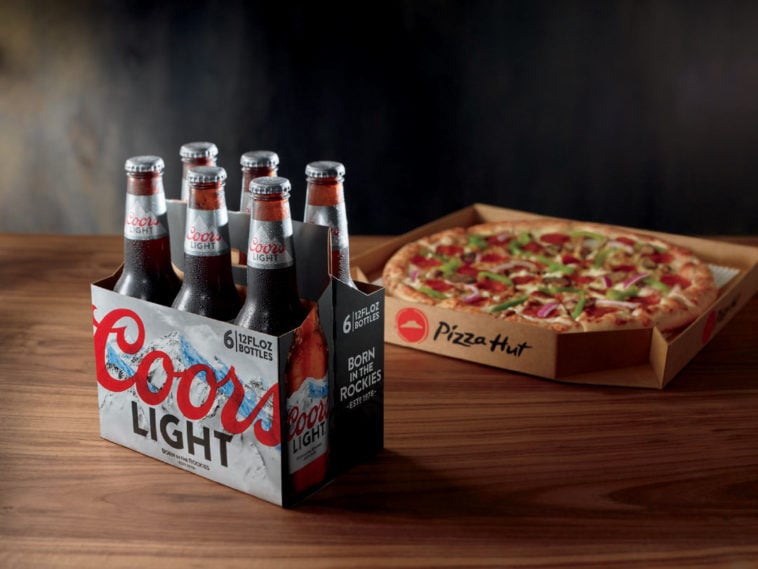 Pizza Hut has announced the expansion of its beer delivery pilot program to nearly 100 stores across Arizona and California. Free beer delivery will be available in participating Arizona markets, with the purchase of select MillerCoors six-packs of beer. (PRNewsfoto/Pizza Hut)
ADVERTISEMENT
ADVERTISEMENT

There are certain ideas that seem so obvious, that when they get suggested, the first reaction is to wonder how this hasn’t been thought of until now. That was our reaction when we heard that Pizza Hut will be launching a pilot program for 100 stores across California and Arizona that will allow customers to get delivery of hot pizza and cold beer.

Don’t get us wrong, we applaud Pizza Hut because this is a fantastic idea… we are just a little bit curious how nobody in their head office had thought of this until now.

It’s not like pizza and beer is a new idea… it’s a great idea, just not a new one.

They have coupled up with MillerCoors for this pilot programme, so the selection is going to be limited. If you’re a fan of Coors Light, Blue Moon and Miller High Life, then you’re in luck though, as each of those will be available in six packs.

We know what you’re thinking, ‘won’t the beers be warm by the time they get to their destination?’
Nope. The delivery folk will be equipped with custom coolers designed to keep the beverages cold.