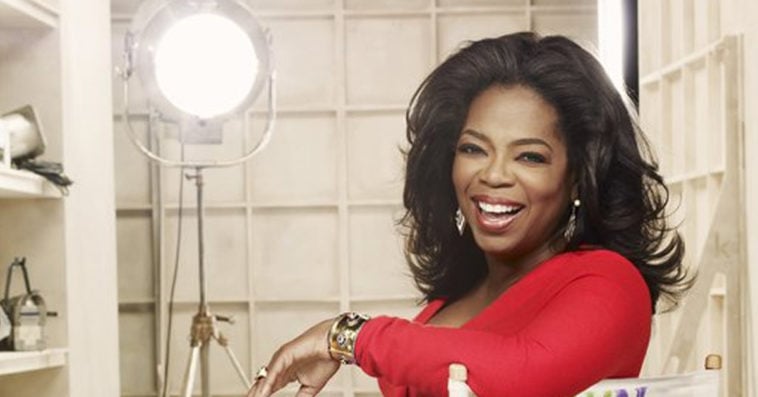 To close Apple’s big original content announcement on Monday at the Steve Jobs Theater in Cupertino, California, the tech giant brought the Queen of All Media herself, Oprah Winfrey, to take the stage to talk about her three upcoming projects for Apple TV+.

Winfrey said that she has been working on two documentaries. The first one is titled Toxic Labor, a docuseries that will explore “the toll of sexual harassment and assault and violation in the workplace.” The other documentary is a yet-to-be-titled multipart series about “mental health and how the scourge of depression and anxiety, post-traumatic stress, addiction, trauma, and loss is devastating lives daily across the globe.”

In addition to the two new documentaries, Winfrey also announced a revamped version of her successful Book Club, in which she will interview authors in conversations that can be watched across all Apple devices.

“I want to convene a meeting of the mind connecting us through books,” Winfrey said. “For me there is nothing more thrilling than being transported by a brilliant book. The only other thing more gratifying than an extraordinary read is being able [to] share that experience with others, and we’re going to do just that by building the biggest, the most vibrant, the most stimulating Book Club on the planet!”

Though Winfrey has continued to host conversations with interesting people through her SuperSoul Conversations series on the Oprah Winfrey Network, her partnership with Apple gives her access to a much wider audience.

I’m partnering with @tim_cook and @Apple to leave this world a little bit smarter, kinder, and better than we found it. Apple TV Plus launches this Fall. #AppleEvent pic.twitter.com/14fkoi1sU7

“I’ve joined in order to serve this moment, because the Apple platform allows me to do what I do in a whole new way,” Winfrey said. “We all crave connection, we search for common ground, we want not just to be heard but we also need to listen, be open and contribute in order to harness our hopes, dreams and heal our divisions. That’s why I’ve joined forces with Apple.”

Apple has yet to announce the exact launch date for AppleTV+, but the company revealed during Monday’s presentation that its upcoming original shows and movies will debut exclusively on Apple TV+ in the fall of 2019. Additionally, no details about AppleTV+’s subscription price has been released yet.