Not long after announcing its partnership with Hasselblad, OnePlus has announced the newest iteration of its flagship series, the OnePlus 9 series. The announcement features two new phones from the lineup, the OnePlus 9 and the OnePlus 9 Pro, as well as a couple of accessories and its first connected wearable, the OnePlus Watch.

As the company mentioned in an earlier announcement, the new OnePlus 9 series will be carrying the company’s newly developed flagship camera system, Hasselblad Camera for Mobile. The camera systems between the two models are different, however, with the OnePlus 9 carrying a triple-rear camera system while the Pro variant carries a quad-camera system. Both will run on Hasselblad’s software.

The OnePlus 9 Pro is equipped with a 48-megapixel main camera with a custom-designed sensor that was co-engineered by Sony. This technology unlocks features such as 12-bit RAW support, dual native ISO, and DOL-HDR. The phone’s second camera is a 50-megapixel ultra-wide camera with OnePlus’ FreeForm lens that’s able to bring down distortion levels known of the wide-angle lens to just 1%. It also allows users to take macro shots with a focusing distance of just 4cm. Its last two cameras are an 8-megapixel telephoto with 3.3x zoom and OIS, and a 2-megapixel mono camera.

The OnePlus 9’s setup isn’t too different and just does away with the 8-megapixel telephoto lens. It carries the same 48-megapixel main, 50-megapixel ultra-wide, and 2-megapixel mono camera.

Both equipped with the new Hasselblad Pro Mode, users will be able to experience Hasselblad’s expertise in producing natural and accurate colors. The software provides a multitude of controls with a revamped UI based on Hasselblad’s image processing software. Fine-tune controls such as ISO adjustment, exposure time, white balance adjustments, and more are also available as well as support for RAW format.

Both phones exhibit a couple of other similarities starting with their design. Continuing the OnePlus standard design aesthetic, the OnePlus 9 series phones are crafted with the concept of “burdenless design.” The bodies feature a curved design to make the device easier to hold and are optimized to minimize discoloration and mistouches. The OnePlus 9 comes in three colors — Winter Mist, Arctic Sky(not available in North America), and Astral Black. The OnePlus 9 Pro, on the other hand, comes in Morning Mist, Pine Green, and Stellar Black (not available in North America) and also holds an IP68 rating for water and dust resistance. 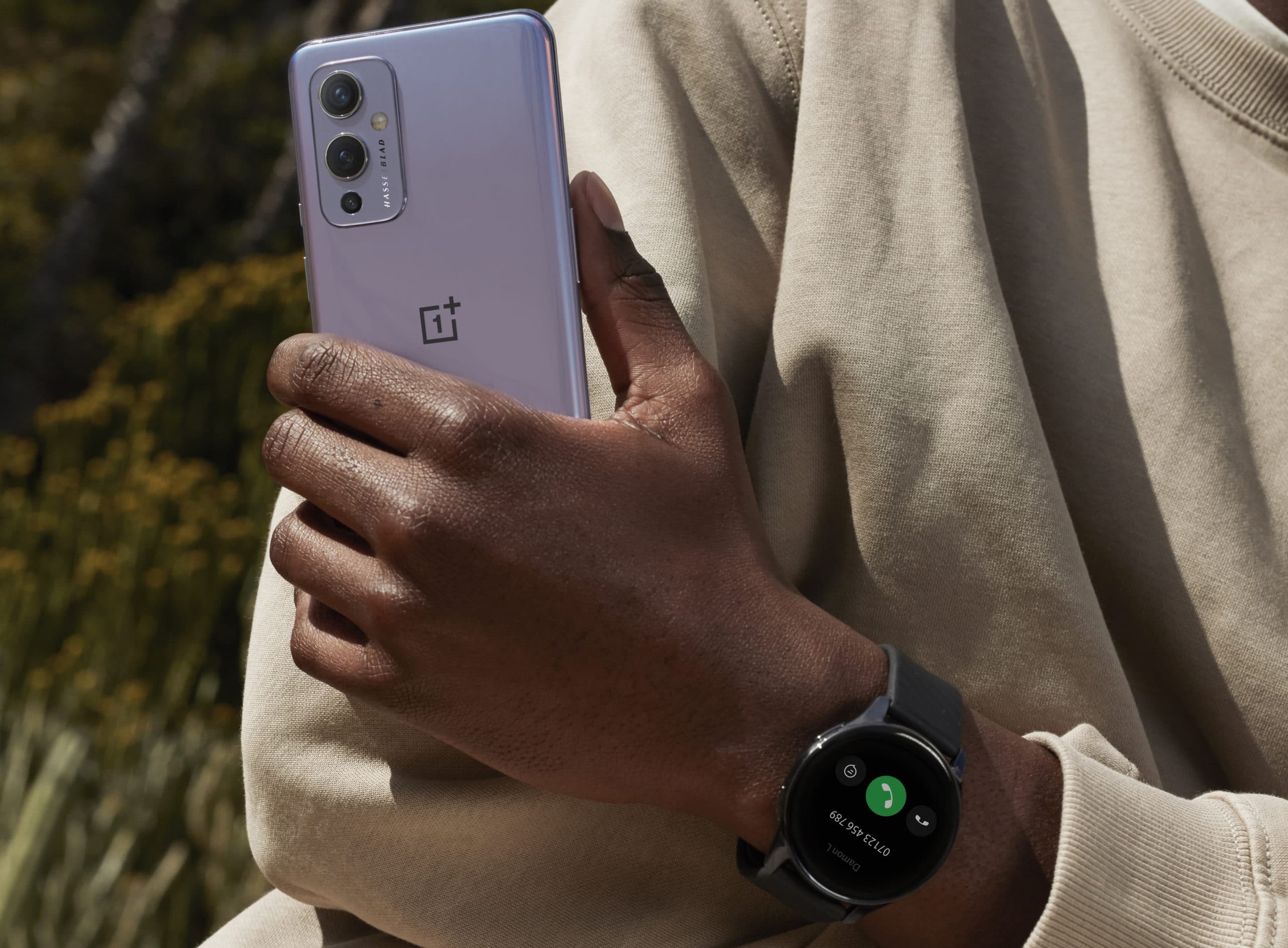 Stay tuned for our in-depth review of the OnePlus 9 Series.