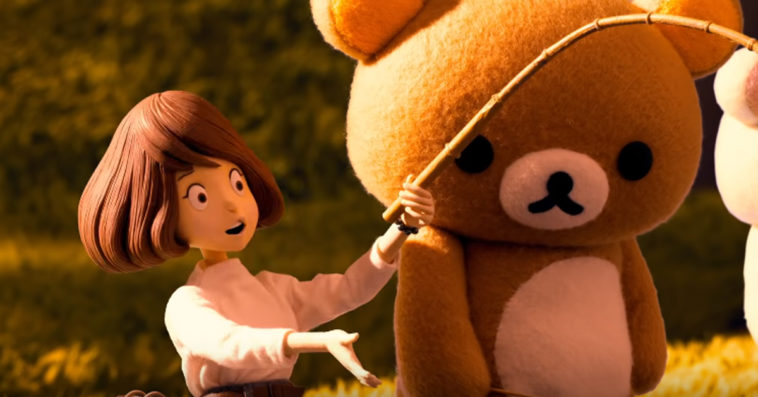 A few days before the launch of Netflix’s Rilakkuma and Kaoru, the streaming giant released a new teaser for the stop-motion animated series, which sheds some light on the mysterious zipper on the back of the toy bear Rilakkuma.

Rilakkuma takes off his one-piece bear costume at some point in the teaser. But because he does it while under the blanket, it’s unclear how he looks like without the costume on.

As also seen in the teaser, Rilakkuma has dozens of bear costumes in the closet, so he can definitely get a new one whenever his costume gets old or dirty.

Though the teaser is filled with cuteness, the latter part of it ominously reveals that someone is spying on Rilakkuma. Could this be the antagonist of the series?

As per Netflix, Rilakkuma and Kaoru follows the adventure of office lady Kaoru and her endearingly lazy roommate Rilakkuma. Though Kaoru’s life is a little bit mundane, she gets to go home to Rilakkuma, along with her pet bird Kiiroitori and a small white bear cub named Korilakkuma.

Rilakkuma and Kaoru is animated by stop-motion animation studios, dwarf inc. — the company behind another popular mascot Domo. The show is directed by Masahito Kobayashi and is written by Naoko Ogigami. Rilakkuma’s original creator Aki Kondo also co-develops the story for San-X, the Japanese company that originally produced Rilakkuma.

Meanwhile, the titular Kaoru will be voiced by Lana Condor,  best known for her roles as Jubilee in the 2016 superhero film X-Men: Apocalypse, and as Lara Jean Covey in the 2018 film adaptation of To All the Boys I’ve Loved Before.

The 13-episode Season 1 of Rilakkuma and Kaoru will premiere in 190 countries worldwide on April 19th on Netflix.