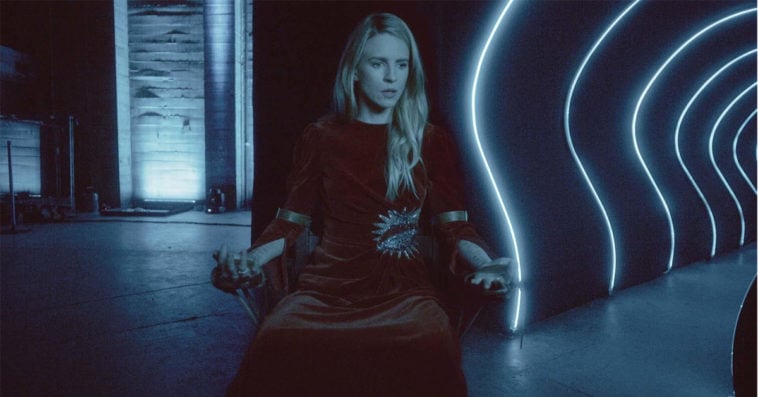 Netflix has decided not to renew The OA for a third season.

The news of the cancellation comes more than four months after Season 2 of the mystery drama debuted on the streaming service.

Netflix didn’t give any reason behind the cancellation, but Netflix head of originals Cindy Holland said in a statement that the streamer is “incredibly proud of the 16 mesmerizing chapters of The OA.” Holland also added that Netflix is “grateful” to series creators Brit Marling and Zal Batmanglij “for sharing their audacious vision and for realizing it through their incredible artistry.” At the end of her statement, Holland said that Netflix is looking forward to working with them again in the future.

Marling, who played the show’s titular role, shared her reaction to the news in a letter to fans she posted on Instagram. In it, she revealed that she and Batmanglij are “deeply sad” that they won’t be able to finish The OA’s story, admitting that she “had a good cry” after hearing the news for the first time.

After thanking Netflix for allowing them to tell the show’s two seasons uncompromisingly, and the fans for their support and being so passionate about the series, Marling ended the letter by saying that “maybe, in some ways, it’s okay not to conclude [the stories of] these characters. [So] Steve Winchell (Patrick Gibson) will be suspended in time, in our imaginations, infinitely evolving, forever running after and finally reaching the ambulance and OA.”

Apparently, avid fans of The OA won’t take that as the ending of the series, encouraging Marling to find a new home for the show.

Please @britmarling if Netflix doesn’t understand how big this story is, then continue somewhere else

please continue the series on another platform or something this can’t just end like that it’s the only show i’ve ever seen to evoke such deep emotions and i’m in awe of it’s complexity, courage, and originality. the OA is groundbreaking.

Absolutely no. Brit we can #SaveTheOA together. Please ask all other networks. We are here for the long haul❤ @PrimeVideo I will subscribe if you save The OA. Along with thousands of others.

Some fans are even trying to reverse the show’s cancellation by starting a Change.org petition calling Netflix to at least give the show a third season or a few episodes to wrap its story properly.

I dont know if anyone has started a petition yet but here ya go! We need a season 3! @netflix @hulu @PrimeVideo#RenewTheOA#TheOA
Netflix: Renew the OA – Sign the Petition! https://t.co/fMDmjpGr92 via @Change

In 2017, Netflix memorably gave sci-fi drama Sense8 a two-and-a-half-hour series finale after the streaming service’s decision to cancel the series was met with criticisms. So if the petition to renew the The OA for one last season manages to earn lots of signatures, then it’s possible that Netflix would give the show a chance to return one last time.