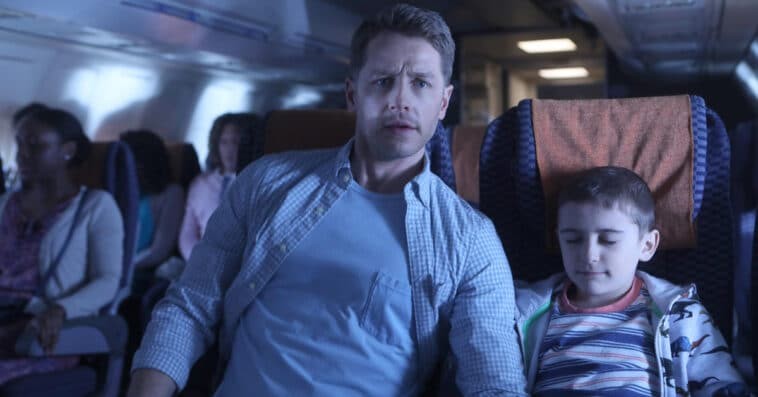 The huge cliffhanger at the end of Manifest season 3 finale may never be resolved, as NBC opted not to renew the mystery drama series for season 4.

The show’s cancellation was announced last Monday night, just hours before the options on the cast were to expire the following day. The network didn’t provide a reason for canceling Manifest, but the significant drop in ratings between seasons 2 and 3 likely contributed to the ultimate fate of the series. Manifest season 3 averaged a 0.47 rating in the 18-49 demographic and 3.09 million viewers. Compared to season 2, that’s down by 31% in the demo and down by 21% in viewership.

Series creator Jeff Rake shared the cancellation news on Twitter, expressing how “devastated” he was by the network’s decision to pull the plug on the series, which was only halfway through its planned six-season story. “My dear Manifesters, I’m devastated by NBC’s decision to cancel us. That we’ve been shut down in the middle is a gut punch to say the least,” Rake tweeted.

Rake added that he’s “hoping to find a new home” for the series, noting that the fans “deserve an ending” to the story they have followed since 2018.

The first two seasons of Manifest debuted on Netflix last Thursday and immediately made it to the top of the streamer’s daily list of most-watched shows. If Manifest continues to attract more viewers on Netflix, there’s a possibility that the show may be picked up by the streaming service. Deadline, however, reported that there have been no formal conversations yet between Netflix and the show’s producers.

Starring Josh Dallas, Melissa Roxburgh, JR Ramirez, Luna Blaise, Jack Messina, Parveen Kaur, and Matt Long, among many others, Manifest centers on Montego Air Flight 828, which landed safely after a turbulent but routine flight. The crew and passengers were relieved, but in the span of those few hours, the world had aged five years. The returned passengers attempt to reintegrate into their old lives but soon find that they and their loved ones aren’t the same as they were. Things only get more difficult when they begin to see flashes of the future they refer to as “callings.”