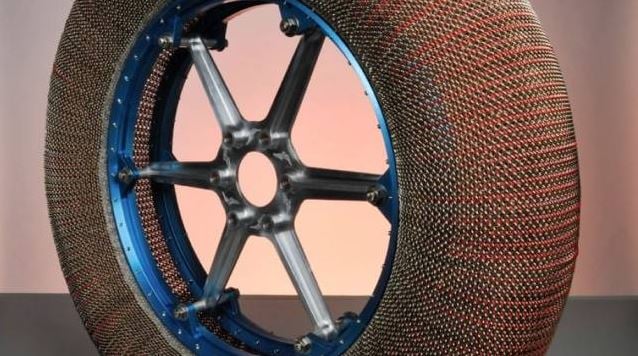 Have you ever wished that the tires on your car just refused to go flat even under the worst strain? Well, we don’t know about you, but the folks over at NASA sure did. And as you would expect from the brightest of minds associated with the leading space agency in the world, they did come up with a solution.

A research team at the NASA Glenn Research Center in Cleveland has announced that they have invented a woven-mesh metal tire that “remembers” its ideal shape so it can spring back into the original form every time it takes a beating.

Of course, the purpose of the invention was not to equip their own cars with super-tires. It was rather aimed at making tires that can withstand the harsh terrain on the Mars.

Scientists have always been concerned about the risks of Curiosity rover’s tired getting flattened because of the uneven and sometimes incredibly rough surface on the Red Planet. In the extremely unfortunate event that any of Curiosity’s tires should suffer severe damages, scientists back here on Earth wouldn’t be able to fix it.

So keeping in mind the inherent challenges thrown in by the Martian surface, the researchers have built this new tire (or you can say wheel) that won’t get flat no matter what. It is made of a tough nickel-titanium alloy and the memory concept that helps it restore its original shape originates all the way down at the atomic level. Who says you can’t reinvent the wheel?