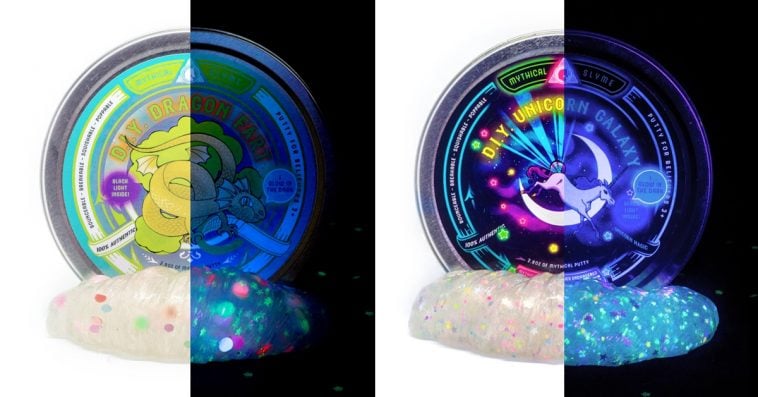 Looking for a new terrific stocking stuffer this holiday season? Well, search no more, because Mythical Slyme has just launched a new line of DIY putties that look magical even in the dark.

Depicting dragons, unicorns, and mermaids, these new DIY putty kits feature glow-in-the-dark glitters and a UV blacklight keychain to activate an exciting, multicolored glow effect. This new line of DIY putties is the first-ever to feature a “glow galaxy” effect of glow-in-the-dark glitter suspended in a clear compound. Like Mythical Slyme’s previous putty kits, the new kits let you create extra stretchy putties that never dry out or break. 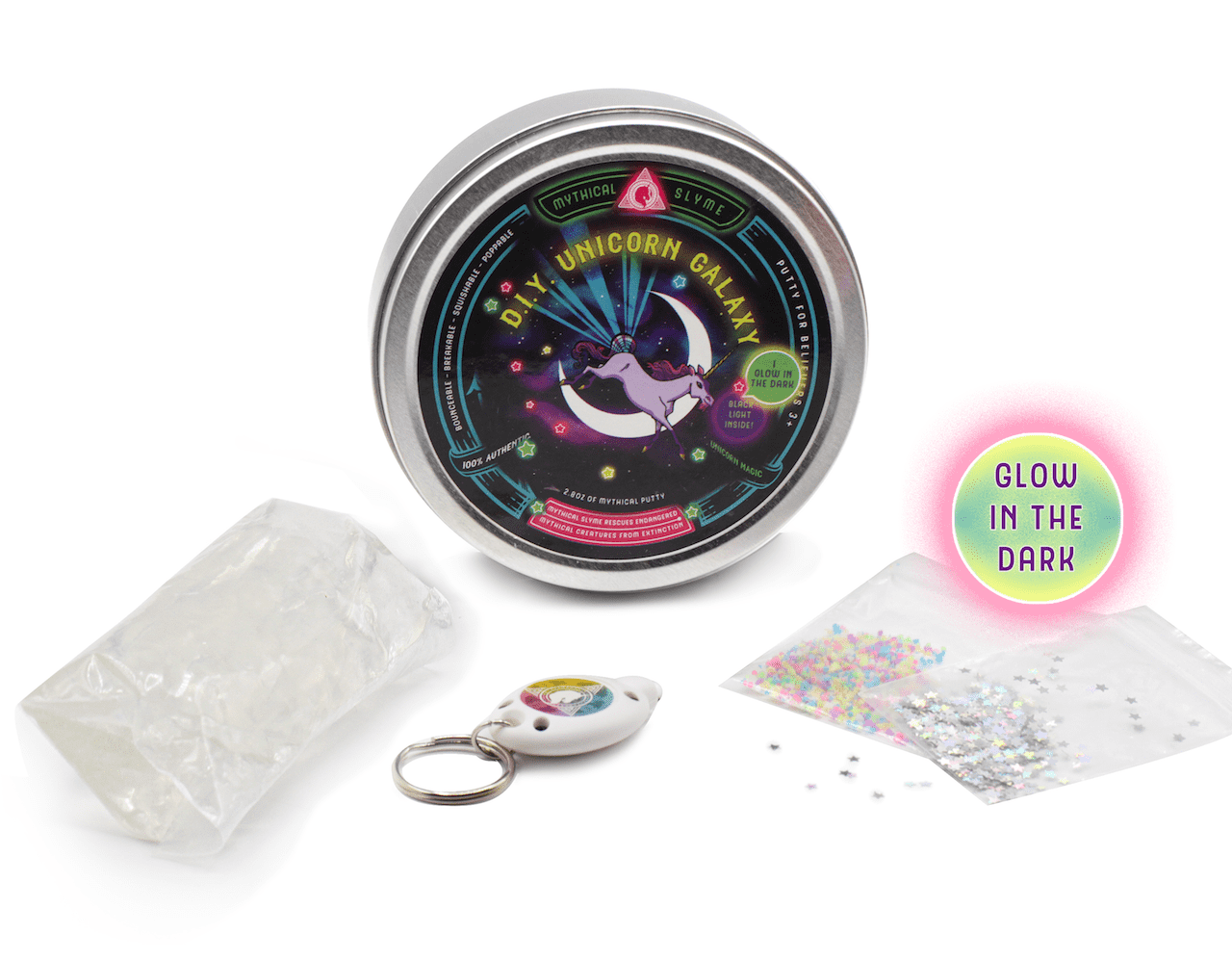 “At Idea Glue, we’re always looking for new ideas that stick,” Lana Lingbo Li, CEO of Idea Glue, manufacturer for the Mythical Slyme brand, said in a statement. “After doing a deep dive into rare pigments and glitters, the idea of stretching a galaxy of glowing stars felt worthy of the dragons, mermaids, and unicorns we are supporting. We are also adding collectible jewelry charms into our existing unicorn line to provide extra fun and value for our Believers.”

Below are the five recently announced DIY putty kits: 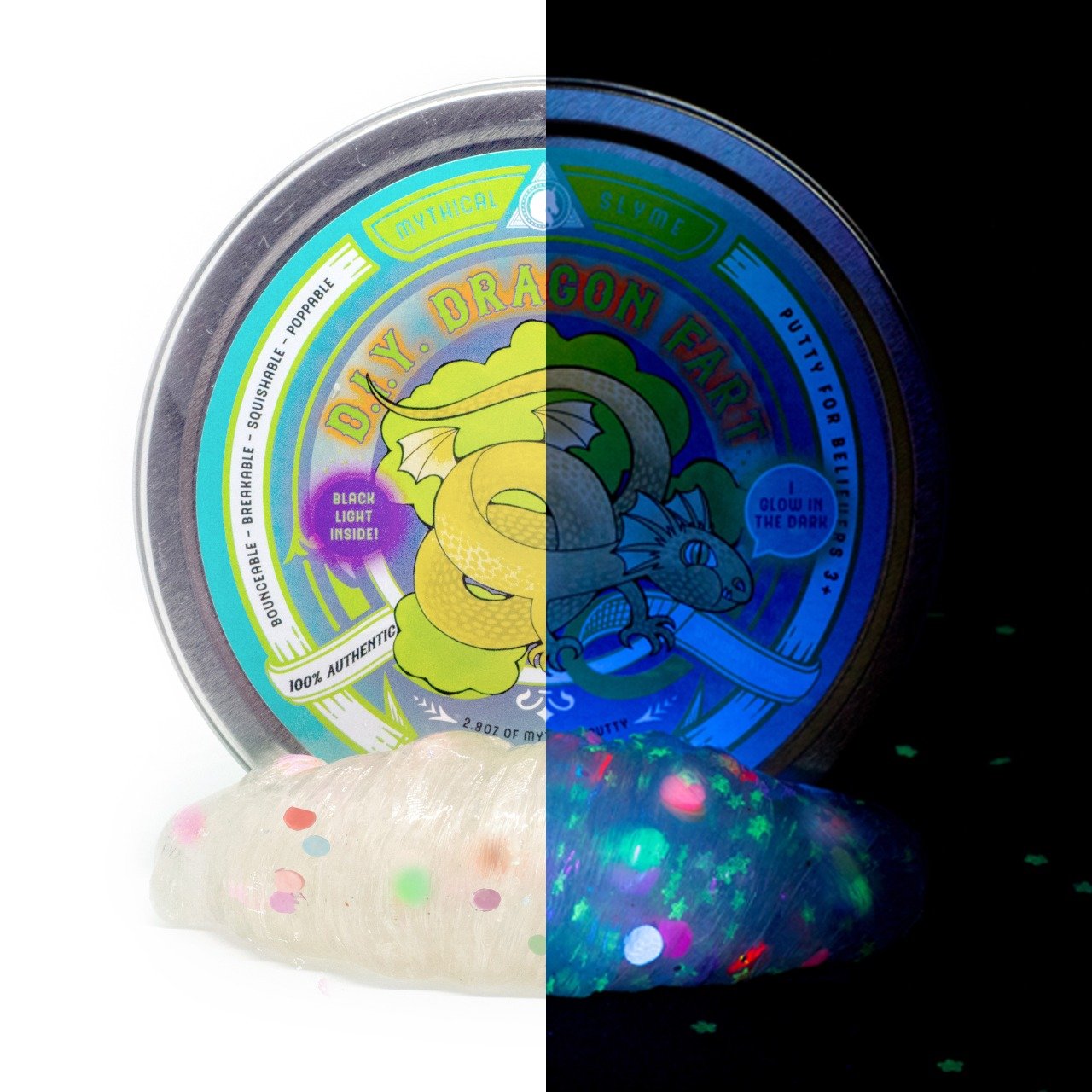 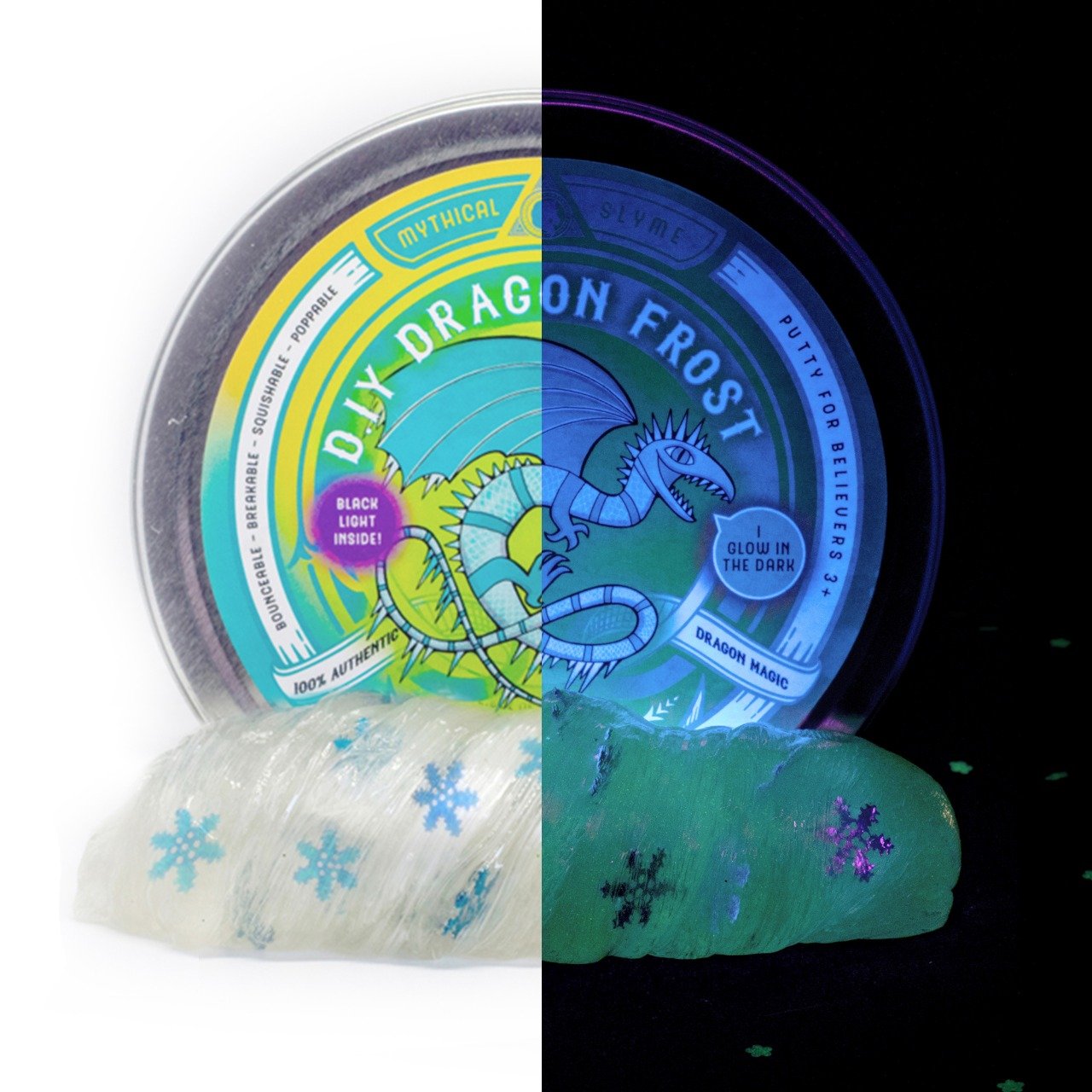 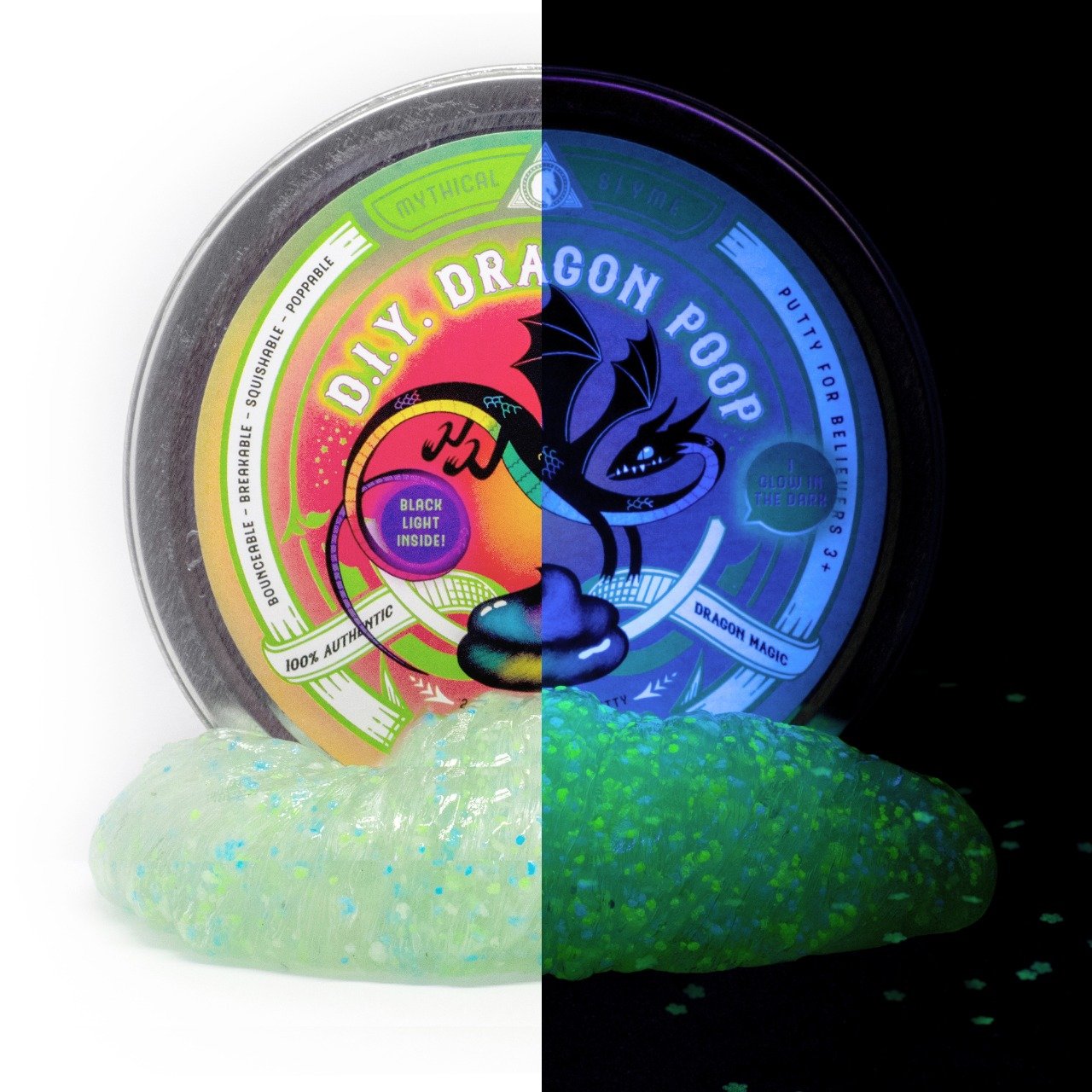 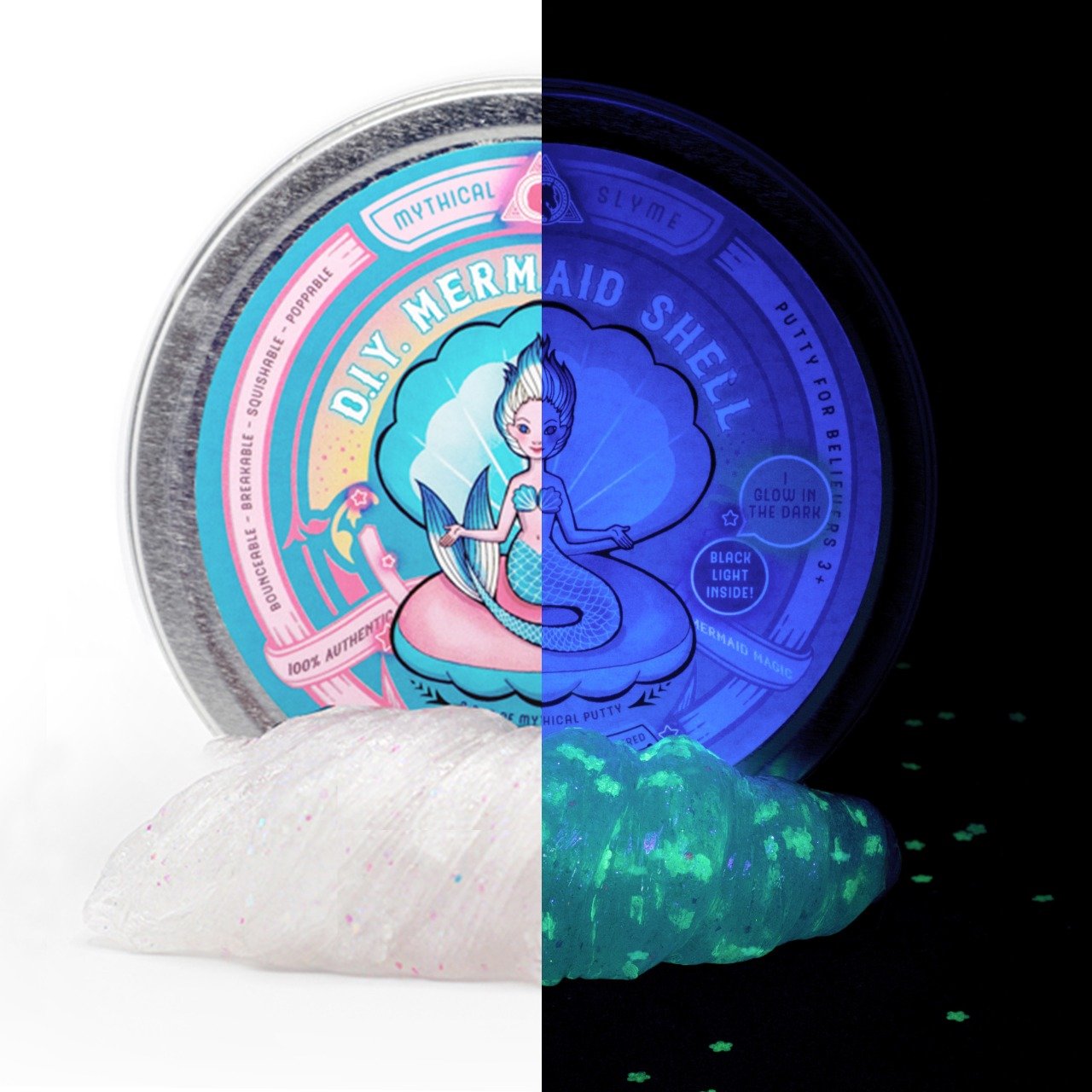 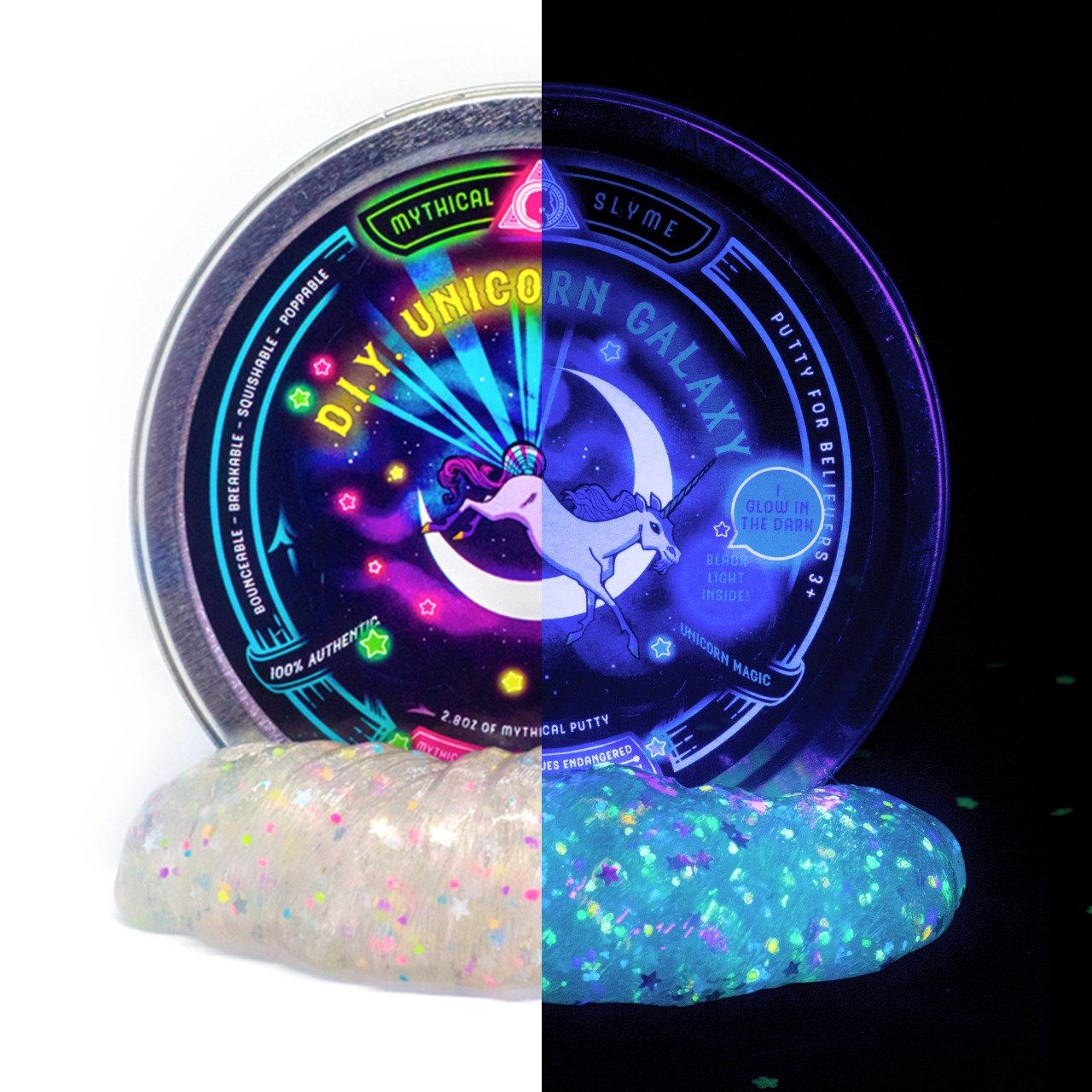 All these five new kits are now available on MythicalSlyme.com, Amazon, and select specialty retailers across the country. Each kit retails for $13.99, while a gift set of 5 sells for $59.99.