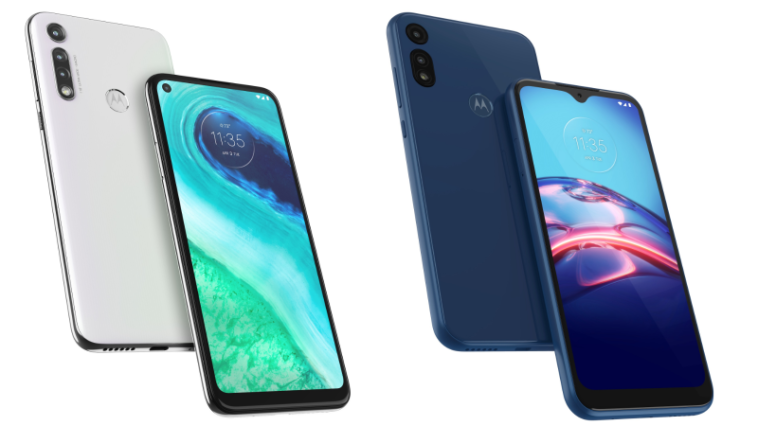 Back in February, Motorola reached a milestone when their 100 millionth moto g phone was activated. Needless to say, the budget-friendly moto g has been one of Motorola’s greatest successes. Today the company is announcing two extremely budget-friendly smartphones to add to their current moto g and moto e line: the moto g fast and a revamped moto e. Both phones offer surprisingly premium features at a budget price point.

Joining the moto G Stylus and the moto G7 power, the moto g fast is the company’s newest G smartphone and it focuses on performance, It features a 6.4-inch Max Vision HD+ display that’s capable of a 1520×720 resolution and comes in the form of a hole punch display. Internally, it’s equipped with a Qualcomm Snapdragon 665 octa-core processor partnered with 3GB of RAM 32GB of built-in storage. The latter is expandable up to 512GB via microSD card. With its processor, the moto g fast is capable of AI processing capabilities that boost performance for better gaming as well as more advanced camera features.

For imaging, the moto g fast carries a triple camera system that’s compromised of a 16MP main camera, 2MP macro, and 8MP ultra-wide angle. With the combination of these three cameras, Motorola ensures that users can take sharp photos even low light, get up to 5x closer with subjects with macro, and fit in 4x more in a single frame thanks to its ultra-wide-angle camera. Around the front is an 8MP camera for selfies.

With a 4,000 mAh battery, Motorola claims that the moto g fast is able to last for up to full 2 days on a single charge. It utilizes a USB-C port and has support for 10W rapid charging.

The moto g fast will retail for just $199.99 and will be available in universally unlocked units in the U.S. starting June 12th at Best Buy, B&H Photo, Walmart, Amazon, and Motorola’s official website. It will soon also be available at Boost Mobile. Pre-orders start on June 5th. It will available in Canada by summer.

The moto e, on the other hand, is the company’s even more affordable offering. The revamped moto e packs in 6.2-inch Max Vision screen in the form of a teardrop display, it’s powered by a Qualcomm Snapdragon 632 octa-core processor paired with 2GB of RAM and 32GB of storage, that is expandable to 512GB via a microSD card.

Around the back, the moto e shows off its dual-camera system that’s composed of a fast-focusing 13MP main camera and a 2MP depth sensor for portraits. For selfies, it utilizes a 5MP front camera. There’s also a dedicated fingerprint reader located on its backside.

It houses a 3550 mAh battery that claims to last up to 11 hours of watching movies or up to a whopping 15 days when on standby. It supports 5W charging through its micro-USB port.

The moto e is priced at just $149.99 and will also be available starting June 12th with pre-orders starting on June 5th in the US. For Canada, the moto e will be available sometime in the summer.