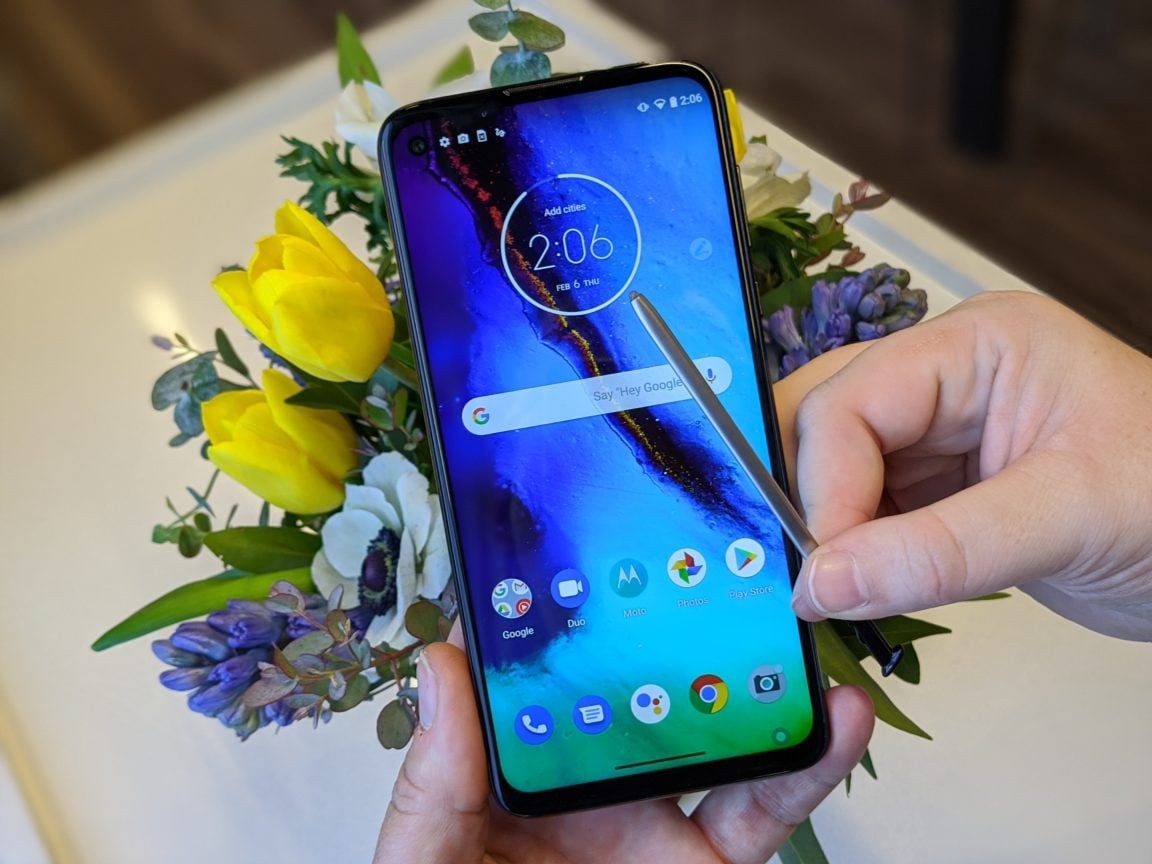 Motorola is celebrating having sold 100 million moto g smartphones across the globe by launching two brand new phones: the moto g stylus and the moto g power. The moto g stylus is essentially the company’s more affordable answer to the Galaxy Note.

To that effect, the moto g stylus is Motorola’s offering for anyone who may be a fan of using a stylus. The moto g stylus’ has a built-in stylus which is neatly integrated into the phone’s overall design. Pop it up, take it out and you can immediately start jotting down notes with the Moto Note app even with a locked phone. The stylus also lets users easily edit photos, sketch, select text, and create custom-sized screenshots. It works with the moto g stylus’ 6.4-inch FHD screen with its max vision display.

The moto g stylus is also equipped with a triple AI camera system consisting of a 48MP camera with quad pixel technology, a 16MP ultra-wide-angle camera with a 117-degree field of vision, and a macro camera. All three cameras are assisted by ultrafast laser autofocus. It’s also capable of capturing UHD video at 30 fps and FHD videos of up to 120 fps and it has a 16MP front-facing camera.

Internally, this mid-tier smartphone is powered by a Qualcomm Snapdragon 665 coupled with 4GB of RAM and 128GB of internal storage. It has a micro-sd card slot that allows for memory expansion of up to 512GB. It houses a 4,000mAh battery that Motorola says will last up to two days on a single charge. It’s supported with 10w rapid charging and also has a water-repellent design.

For those who aren’t fans of carrying a power bank or having to constantly plug in to charge, Motorola designed the new moto g power. It carries a huge 5,000 mAh battery that claims to last up to three days on a single charge. It’s also supported by 10w rapid charging.

The moto g power sports a similar 6.4-inch screen with max vision display and the same Qualcomm Snapdragon 655 processor with 4GB of RAM as the moto g stylus. However, it carries internal storage of 64GB which is also expandable up to 512GB via a micro SD slot.

Also, similar to the moto g stylus, the moto g power houses a triple AI camera system. The main camera is a 16MP camera with phase detection autofocus that is coupled with a 118-degree ultra-wide camera and a macro camera for its third. Around the front is a 16MP front-facing camera. When it comes to video, the moto g power can capture up to 60 fps FHD and 30 fps for UHD.

Both phones come with a bloatware-free version of Android 10 and the company’s own Moto Experiences features. With these two new phones, Motorola also introduces its newest feature, Moto Gametime, which blocks interruption from outside notifications to provide a more immersive gaming experience.