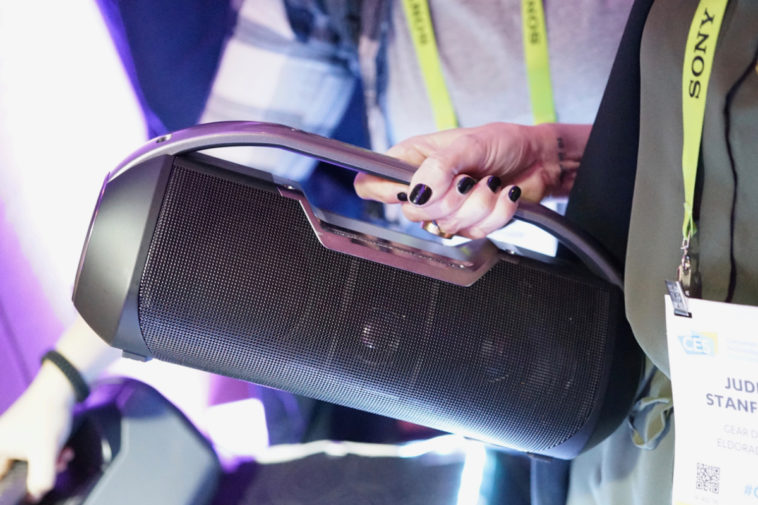 Last week at CES, Monster’s Noel Lee got on stage to tell us “Always Lead. Never Follow”, “You deserve better”, and here’s a bunch of new Monster stuff coming your way. From a consumer standpoint, we’re most excited for the world’s thinnest soundbar speaker, their 24h machine washable iSport headphones, and their smart power strip. Also, Monster joins the smart home lighting market with their affordable Monster Illuminessense.

Monster’s iSport Marathons can deliver an unprecedented 24 hours of uninterrupted music playback. They have a flexible neckband design and feature two dual light-weight, high capacity batteries. They are IPX7 waterproof and apparently machine washable. They will retail for $149.95 and come in 2019, but there’s no official date yet.

While announced a few weeks ago, Monster’s Illuminessence is still a noteworthy addition to the lineup. It’s more of a mood lighting solution than a smart lighting solution at the moment, but the pricing makes it pretty appealing. You can add controllable ambient lighting to any room starting at $25 per room. There’s multi-color LED bulbs, LED strips, and a multitouch RF remote to control it all. The system is completely modular, and doesn’t require a hub, but as of now there’s no Alexa or Google integrations.

Most of us consumers don’t run into real HDMI problems but if you do then Monster’s got you covered with their MSeries lineup and their Cable for Life. As of now, Monster has you covered for 8k resolution at 60Hz fps for up to 15 feet.

READ  ThinkPad X1 Titanium debuts as the thinnest ThinkPad ever

The last announcement to really catch our eye was a line of power strips that are Alexa and Google enabled. They should provide you with control and insights across multiple plugs.