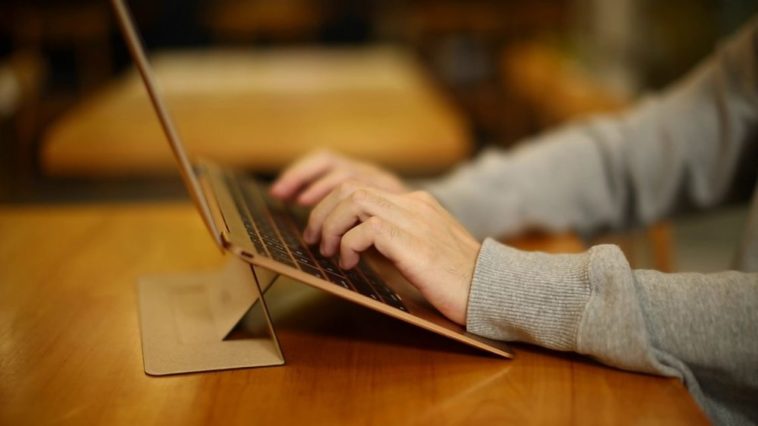 The modern worker is more mobile than ever, but we’d argue what’s more important than mobility is comfort. A company called Moft has created a super innovative laptop stand that helps achieve both.

The stand, which the company markets as “the world’s first invisible laptop stand,” is deceptively small, coming in at roughly the thickness of a coin. Rather than carry around a bulky stand, or be forced to type uncomfortably, Moft’s foldable stand kills two birds with one stone. 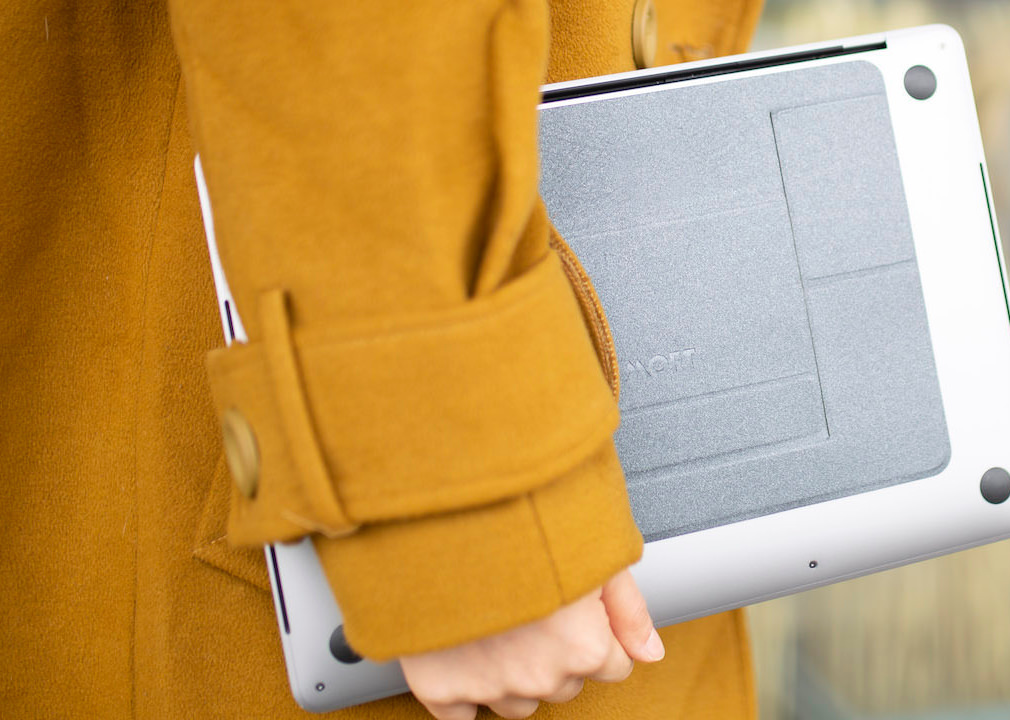 Essentially, what the company has created is a collapsible stand that adheres to the bottom of your laptop. Because it’s so thin and lightweight, Moft calls it invisible. The goal in designing the product was to create a portable, easy-to-use stand that helps laptop users avoid awkward typing position and neck/shoulder stains. What they’ve come up with is a super strong, portable stand that weighs just 3oz, yet supports up to 18lbs and laptops up to 15.6 inches.

What’s more, the Moft stand is available in a number of finishes, making it barely noticeable on most popular laptops. Moft says the stand can be adjusted to two distinct positions (15-degrees and 25-degrees), and after a multi-year planning/design phase, is ready for a mainstream audience.

We’ve been using Moft for a week and what has really impressed us is that it barely weighs down our MacBook Air, and it doesn’t add much bulk at all to our bag.

The company is now selling the stand for just $24.