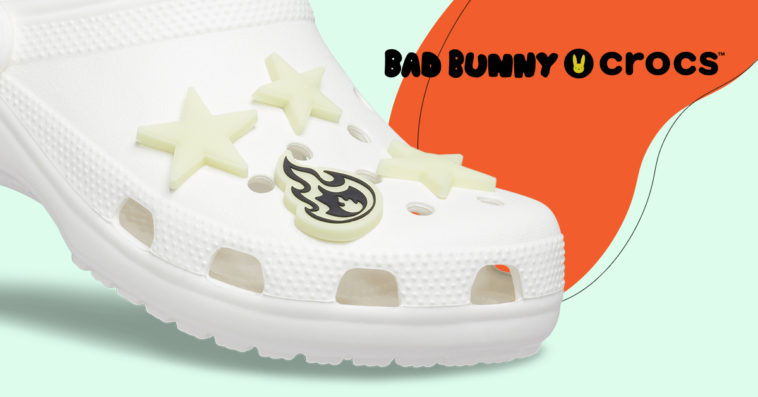 The Puerto Rican rapper teamed up with the footwear brand for a pair of glow-in-the-dark clogs with Jibbitz charms inspired by his latest album, YHLQMDLG. Released in February, YHLQMDLG stands for “Yo hago lo que me da la gana,” which is Spanish for “I do whatever I want.” 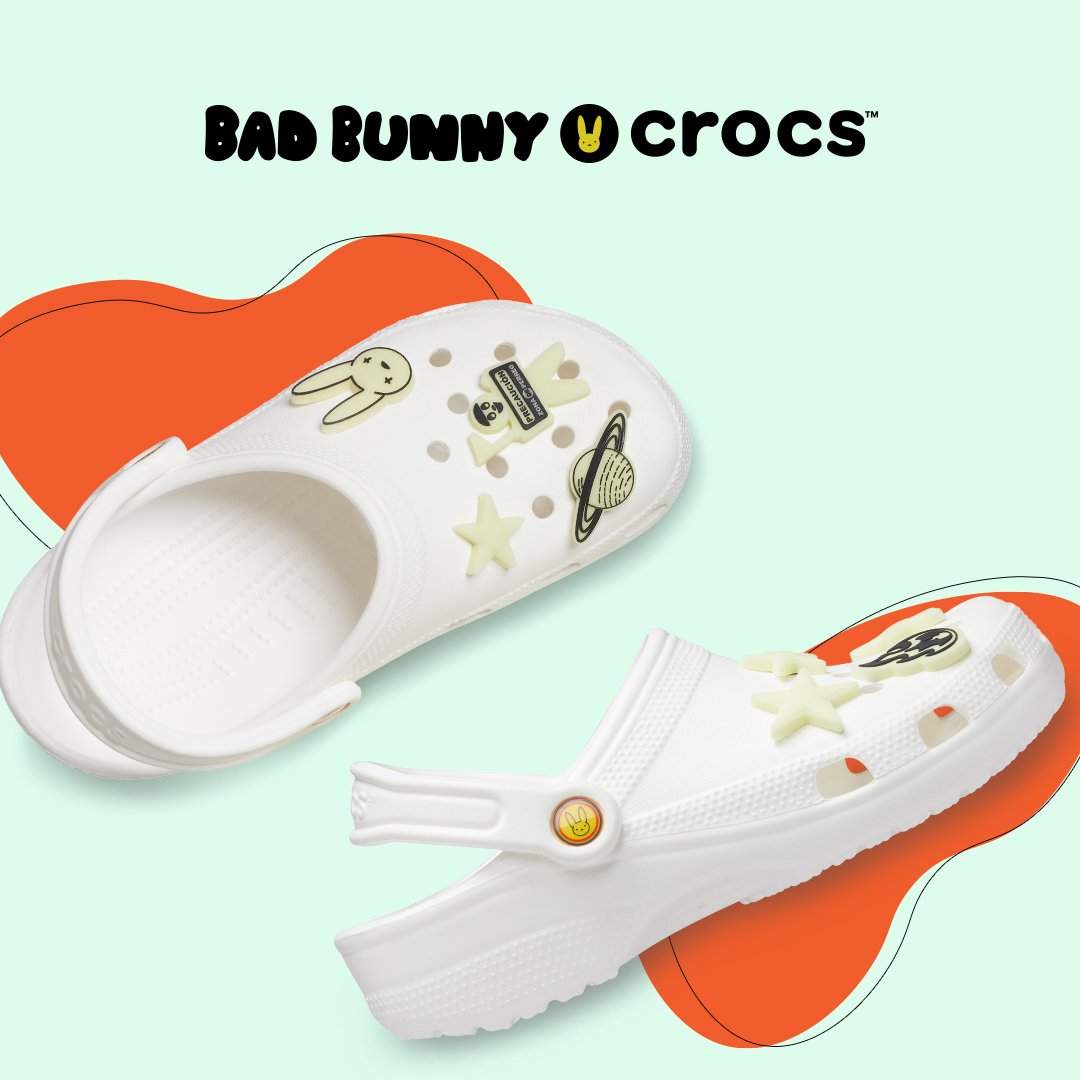 The Bad Bunny x Crocs clogs launched on the Crocs’ website and FinishLine on Tuesday at 12 p.m. ET. But less than 30 minutes after the launch, Crocs took to its official Twitter account to inform fans that the collaboration has already sold out.

UPDATE: The #BadBunnyxCrocs collaboration has sold out. Thank you!

In a follow-up tweet, Crocs congratulated those who got a pair and comforted those who didn’t by revealing that the company has more surprises coming in October.

P.S. We don't like bots either, which is why we use a combination of a queuing system and other fraud protection measures to protect against them.

As expected, listings for the Bad Bunny x Crocs clogs have begun to pop up on resale sites like eBay, where the $60 rubber shoes are now being sold for $250-$400 a pair. 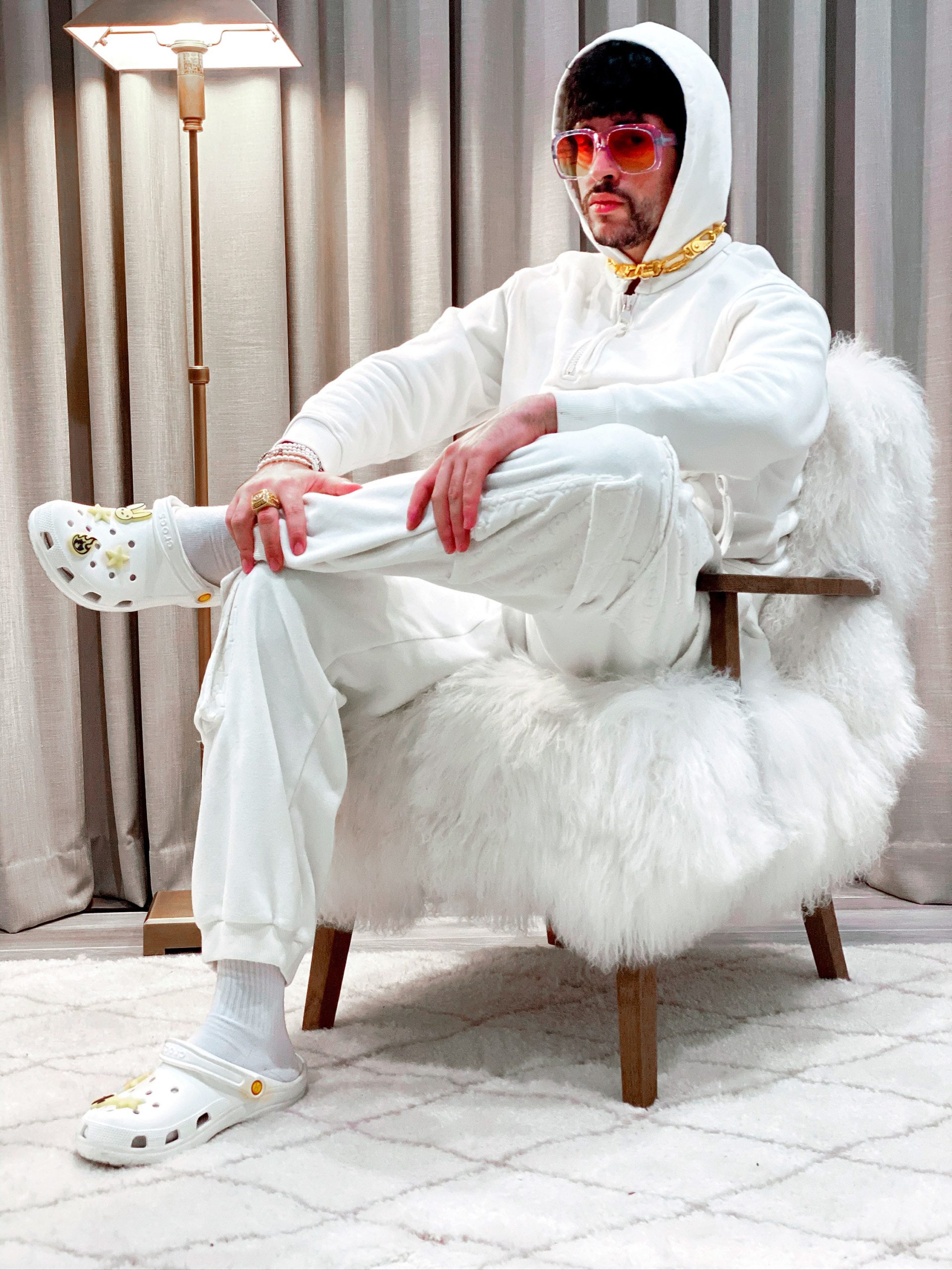 Bad Bunny, born as Benito Antonio Martinez Ocasio, is a huge fan of Crocs shoes. “I believe in being true and not placing limitations on myself, which is also something Crocs represents, and this is the message I always want to make sure I send out to my fans,” the Latin Grammy winner said in a statement to Insider. “As a longtime fan, creating my own design for Crocs was a lot of fun. I hope they inspire others to have their own fun with their personal style and wearing what makes them happy.”

Crocs has partnered with several artists before, including American rapper Post Malone on a number of occasions that all quickly sold out. In July, the footwear brand also released a pair of Kentucky Fried Chicken clogs with fried chicken-scented Jibbitz.