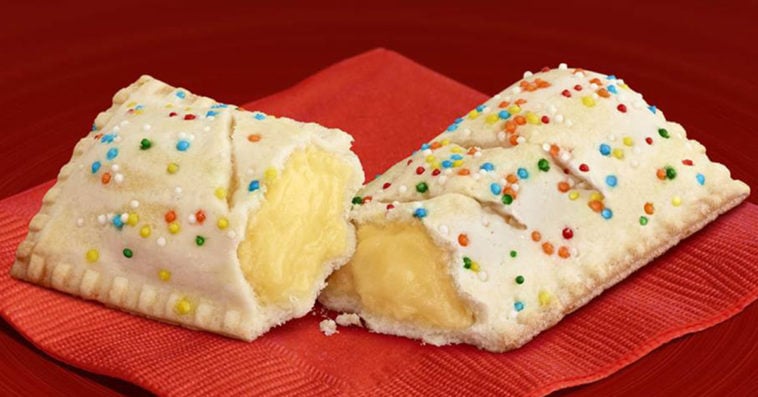 McDonald’s lineup of holiday offerings has just gotten sweeter with the return of the fan-favorite Holiday Pie.

Though the Holiday Pie has already been spotted at several McDonald’s restaurants across the country as early as November, the sweet treat remains as elusive as ever, as it’s only available at select locations at the discretion of franchise owners.

GUYS I HAVE FOUND HOLIDAY PIES. In stock currently at the McDs in Milford MA. It is now officially the Christmas season. @McDonalds 🎄 #holidaypie pic.twitter.com/YECckEo4C7

They're back!!!!! It's officially Christmas time now that Holiday Pies are back!!! Thanks @McDonalds!!!! pic.twitter.com/zH28O1Rra5

Just when I start thinking it’s time to get serious about working out again…these babies release 🤤 #HolidayPie @McDonalds pic.twitter.com/xblwiZrhGq

First introduced in 2012, McDonald’s Holiday Pie features a flaky, buttery and sugar-glazed crust filled with creamy smooth, vanilla custard and topped with rainbow sprinkles. While its cost varies depending on location, the dessert is priced at around 89 cents each.

Despite the apparent interest in the Holiday Pie during the Christmas season, McDonald’s doesn’t release a complete list of restaurants where it can be purchased, leaving fans looking for the festive menu item on their own. When asked about the pie’s whereabouts on Twitter, McDonald’s simply encouraged customers to call or visit stores near them, as menus vary by location.

Menus vary upon store location, Danielle. Let your local restaurant know what you'd like to see on the menu and stay tuned! 👀

I would like to take a moment to call @McDonalds out on hiding the holiday pies. I can’t find them anywhere in my area; no one at McDonald’s can tell me where to find them. They just tell me to request them at my local restaurant. WHY IS IT A SECRET WHERE THE HOLIDAY PIES ARE???

I’m gonna all the district attorney. I feel like hiding the holiday pies is highly illegal

But based on a post on the Facebook page McDonalds Holiday Pies, the pie is currently available at stores in Southeast Michigan, Northern Indiana, Southeastern Wisconsin, Northwestern Pennsylvania, Saint Albans City in West Virginia, Greensboro City in North Carolina, and portions of Illinois.

Aside from the Holiday Pie, McDonald’s has also brought back its Peppermint Mocha for a limited time this holiday season at participating locations. Available hot or iced, the McDonald’s Peppermint Mocha is made with espresso beans that are sustainably sourced from Rainforest Alliance Certified farms, steamed whole or nonfat milk, peppermint chocolate syrup, and topped with whipped topping and chocolate drizzle.

If you’re not into coffee, McDonald’s offers it up as Peppermint Hot Chocolate.