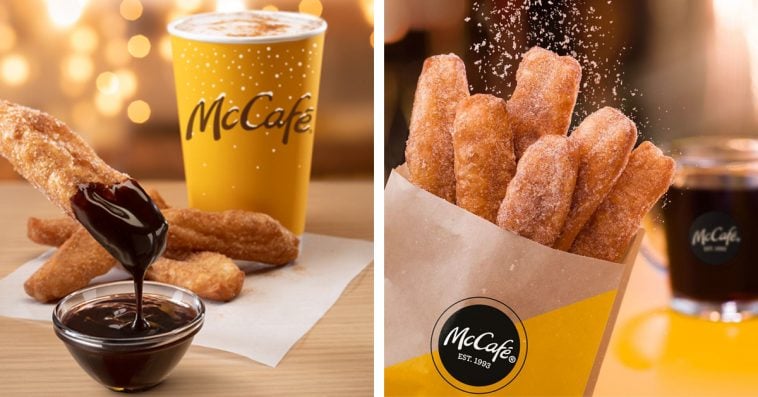 Following its successful initial run earlier this year, McDonald’s donut sticks are now back on the menu for a limited time throughout the holiday season.

First introduced by the fast food chain back in February of this year, the returning breakfast favorite is made fresh with light, flaky golden-brown dough sprinkled with cinnamon sugar. But this time around, each order of the donut sticks now include a chocolate sauce for dipping.

According to a statement from McDonald’s, the chocolate sauce was “highly requested” by customers. But just like its first run, the donut sticks are only available during breakfast hours.

The donut sticks’ return to the menu was quite expected as they were a huge hit for the restaurant when they sold them earlier this year. As a matter of fact, McDonald’s reported a strong first quarter earnings partly because of the donut sticks’ initial limited run.

Bringing back the donut sticks to the menu was also part of the fast food chain’s ongoing campaign to further improve its offerings during breakfast hours, which has become a battleground in the fast-food sector.

In addition to bringing back the donut sticks, McDonald’s has also introduced its new cinnamon cookie latte. Part of its growing McCafé line of coffee beverages, the new drink is a latte with steamed milk and a shot of espresso, topped with cinnamon. Available hot or iced, the cinnamon cookie latte is McDonald’s first seasonal drink since it launched its white chocolate mocha latte in 2014.