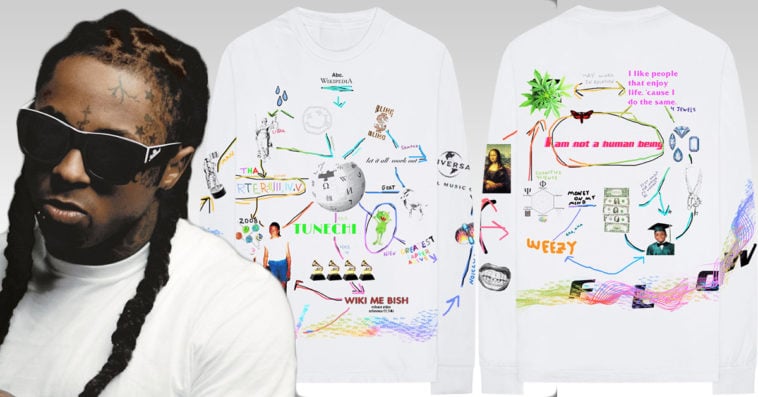 To commemorate Lil Wayne’s twelfth studio album, he has teamed up with Wikipedia on new merch.

According to a press release, this latest round of merch represents the last installment of the ‘Tha Carter V’ collection. In addition to the aforementioned Wikipedia collaboration, the recently restocked collection as includes work from brands like Heron Preston, Illegal Civilization, Cactus Plant Flea Market, dertbag, Midnight Studios, Chinatown Market, and others. 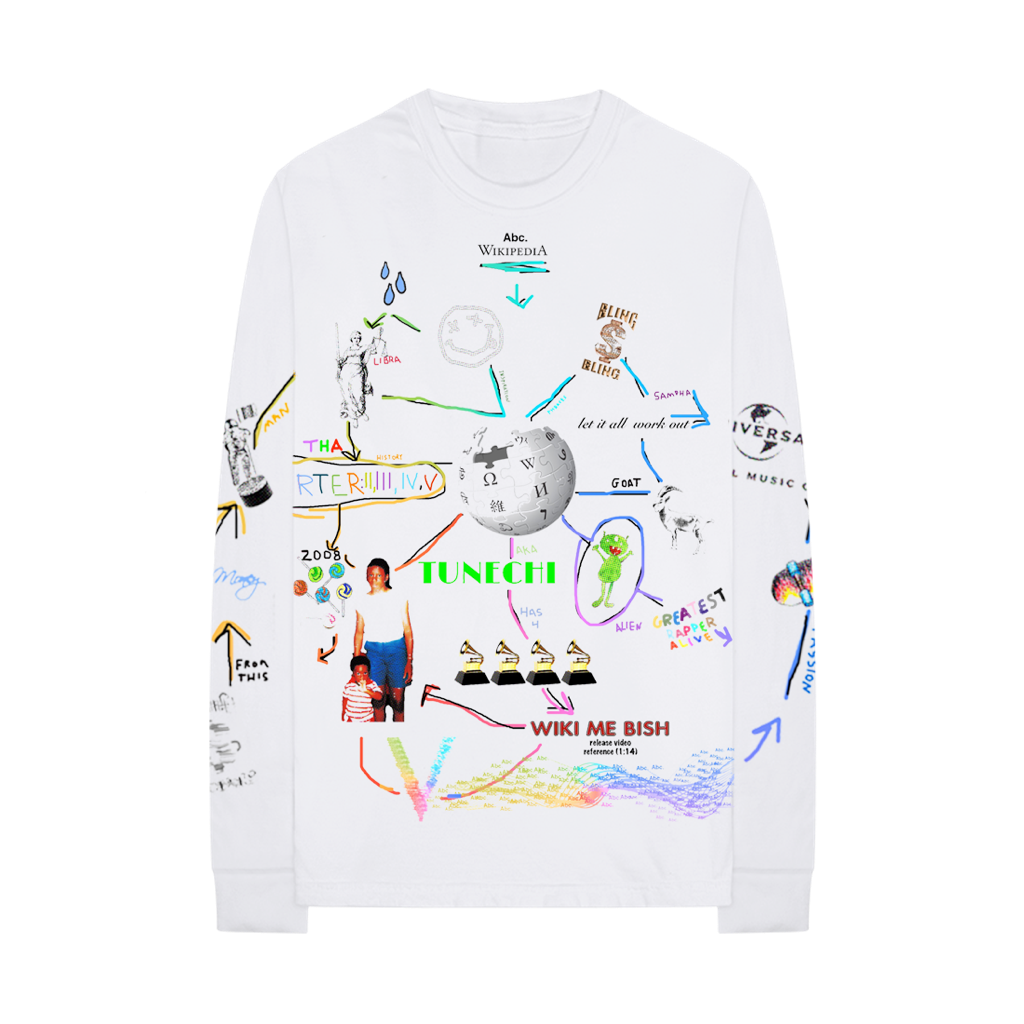 However, of the lot, it’s the joint effort from Advisory Board Crystals and Wikipedia that’s receiving the most attention from fans.

The long-sleeve shirt’s so-called “maximalist design” was created by Advisory Board Crystals to serve as a “visual interpretation of Lil Wayne’s Wikipedia page,” touts the press release. But even cooler than the design is the fact that a portion of the proceeds generated by the sales will be donated to the Wikipedia Foundation.