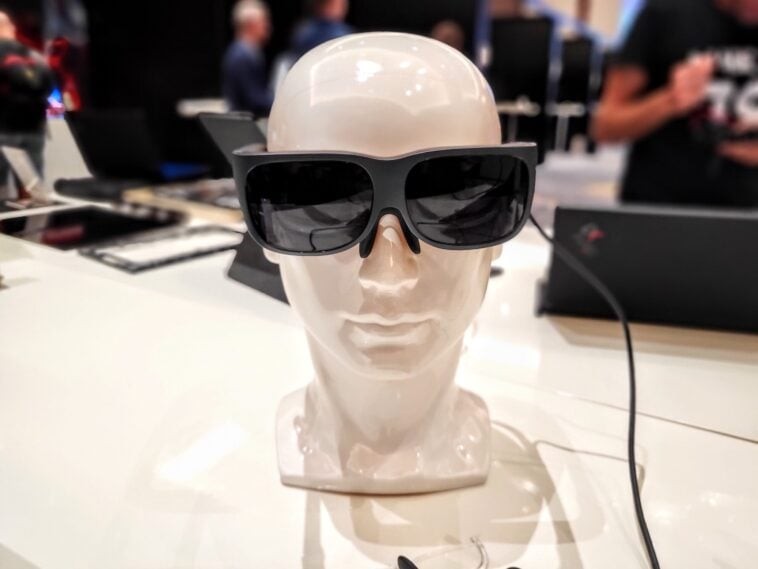 Lenovo has announced its latest smart glasses wearable, and this time around, it’s geared towards consumers; the Lenovo Glasses T1.

The Lenovo Glasses T1 on the other hand has been designed for typical everyday users who want to be able to view content in private. The glasses essentially allow you to experience a virtual monitor wherever you are – and all in private.

No space for an extra monitor? That’s not a problem if you have the Lenovo Glasses T1.

The Lenovo Glasses T1 glasses are equipped with a Micro-OLED FHD display with a respectable framerate of 60Hz.

The wearable also manages to be platform agnostic this time around. They’re compatible with USB-C-equipped Android devices, Windows, Mac OS, and even iOS devices – except for iOS devices that use a lightning connector.

To maximize comfort, the glasses include a removable nose clip, movable arms, blue-light filter capabilities, and support for prescription lenses.

Whether you’re someone who plays a lot of video games, streams a lot of video content, or a professional who just wants a private workspace, Lenovo Glasses T1 is up for the challenge.

The Lenovo Glasses T1 is set to be launched in China later this year and is expected to launch globally in 2023. Although the exact pricing for the smart glasses is not known, Lenovo has confirmed that they plan to keep the glasses’ pricing under $500. Considering a typical monitor will cost you upwards of $200, that pricing would certainly make the Lenovo Glasses T1 pretty attractive to consumers.