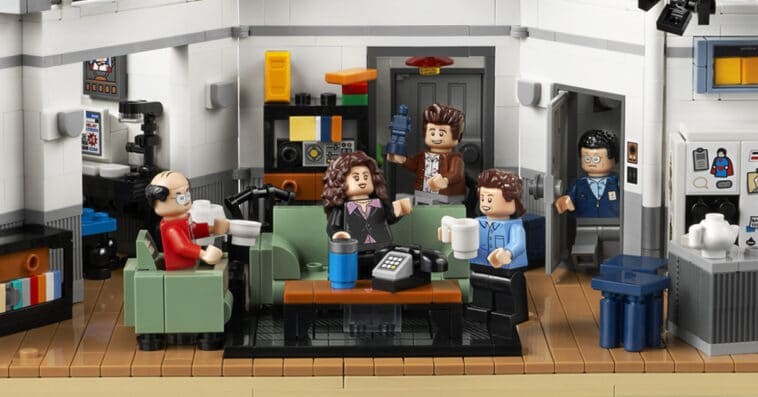 An official LEGO set based on the iconic ‘90s sitcom Seinfeld is hitting stores in August.

Revealed on July 5th, the 32nd anniversary of the Larry David and Jerry Seinfeld-created comedy series, the LEGO Ideas Seinfeld Set features Jerry Seinfeld’s apartment, a buildable stage for the stand-up comic, and a Festivus pole. Some of the instantly recognizable parts of the set include the kitchen with buildable counter, fridge, and microwave; the living room with a sofa; and an office. The details of the set are so intricate that building it will feel like being transported back to New York City in the 1990s.

The LEGO Ideas Seinfeld Set also comes with 5 minifigures inspired by the iconic main characters and one notable postal worker from the show: Jerry Seinfeld, George Costanza, Cosmo Kramer, Elaine Benes, and Newman, all decked out in ‘90s outfits. 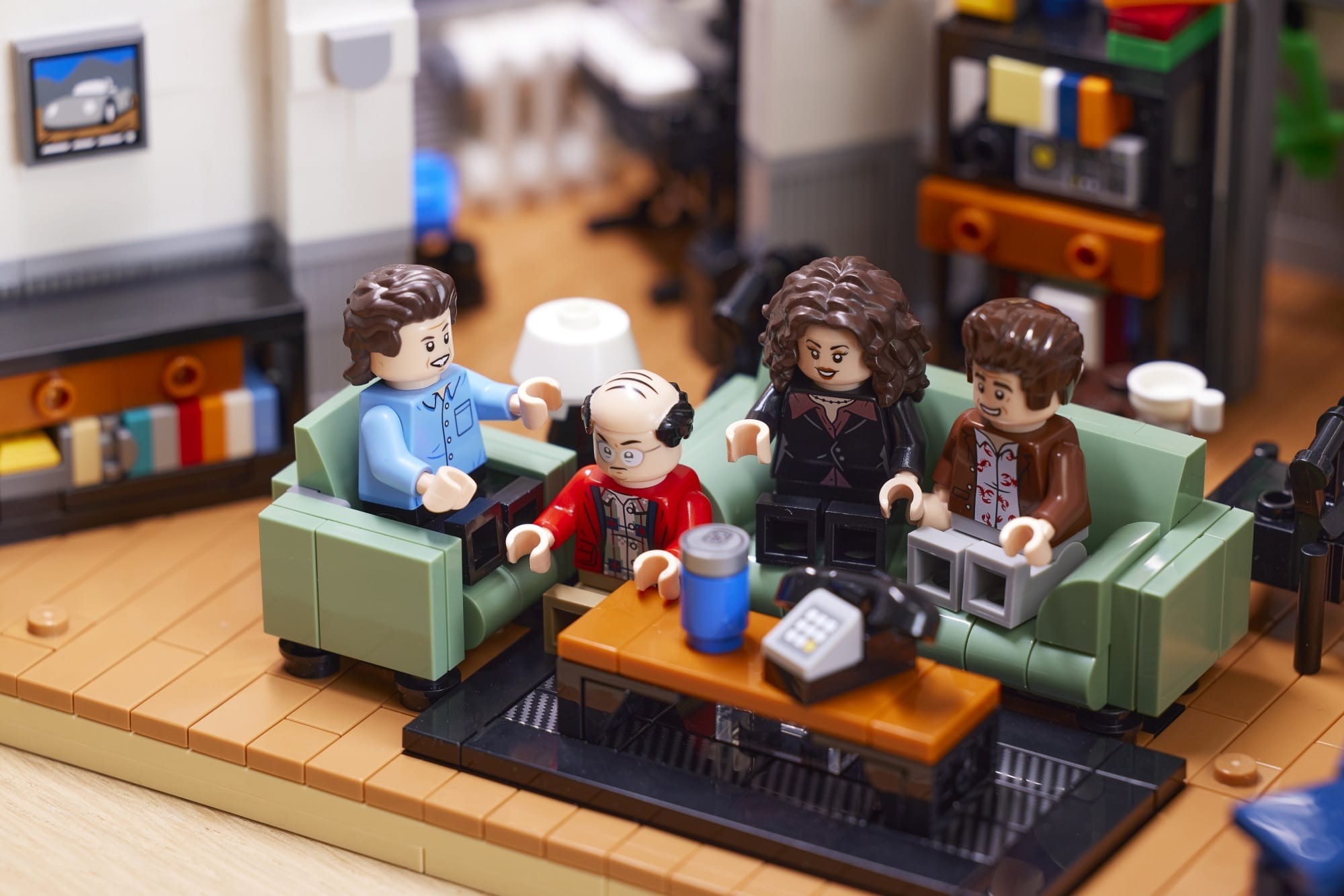 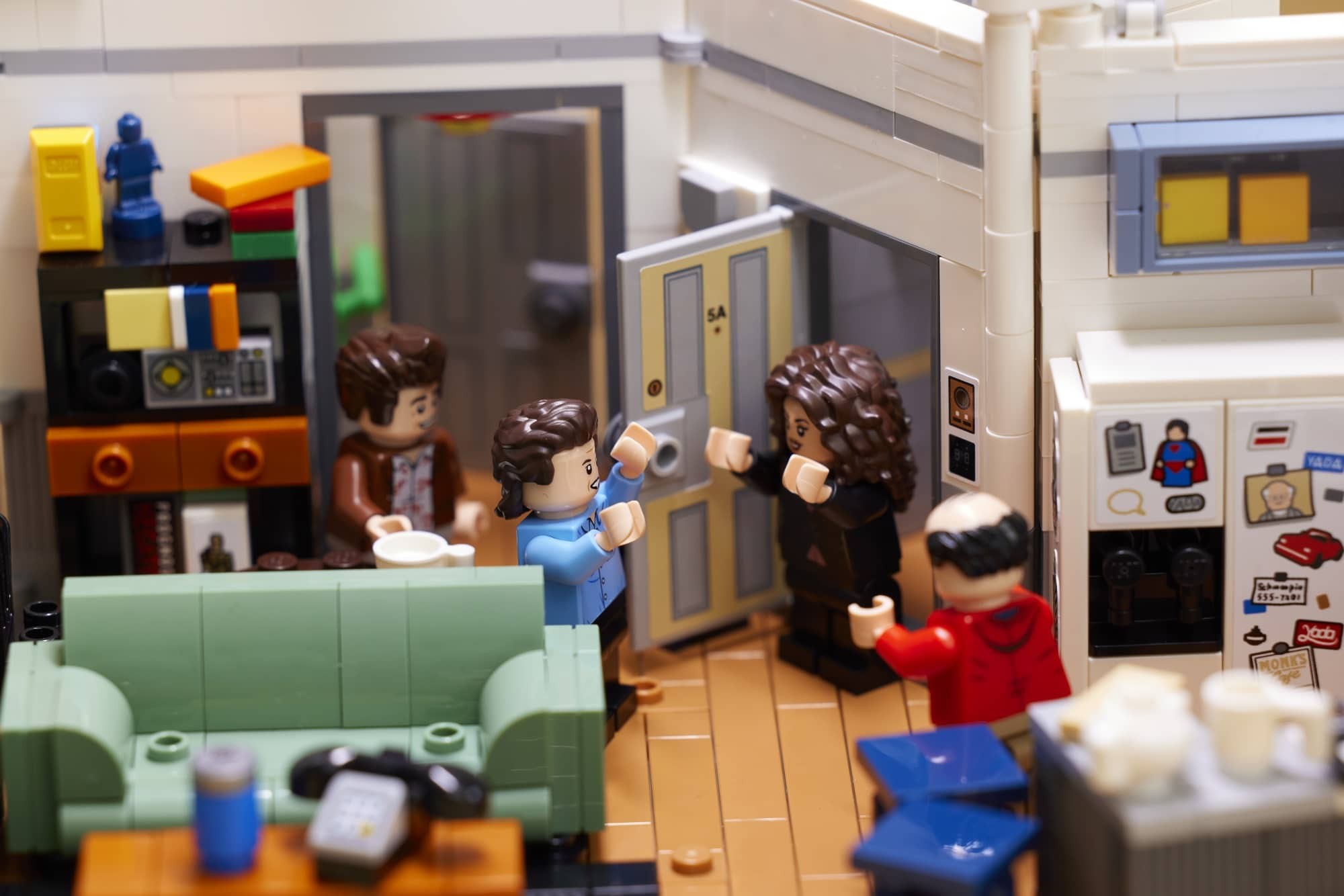 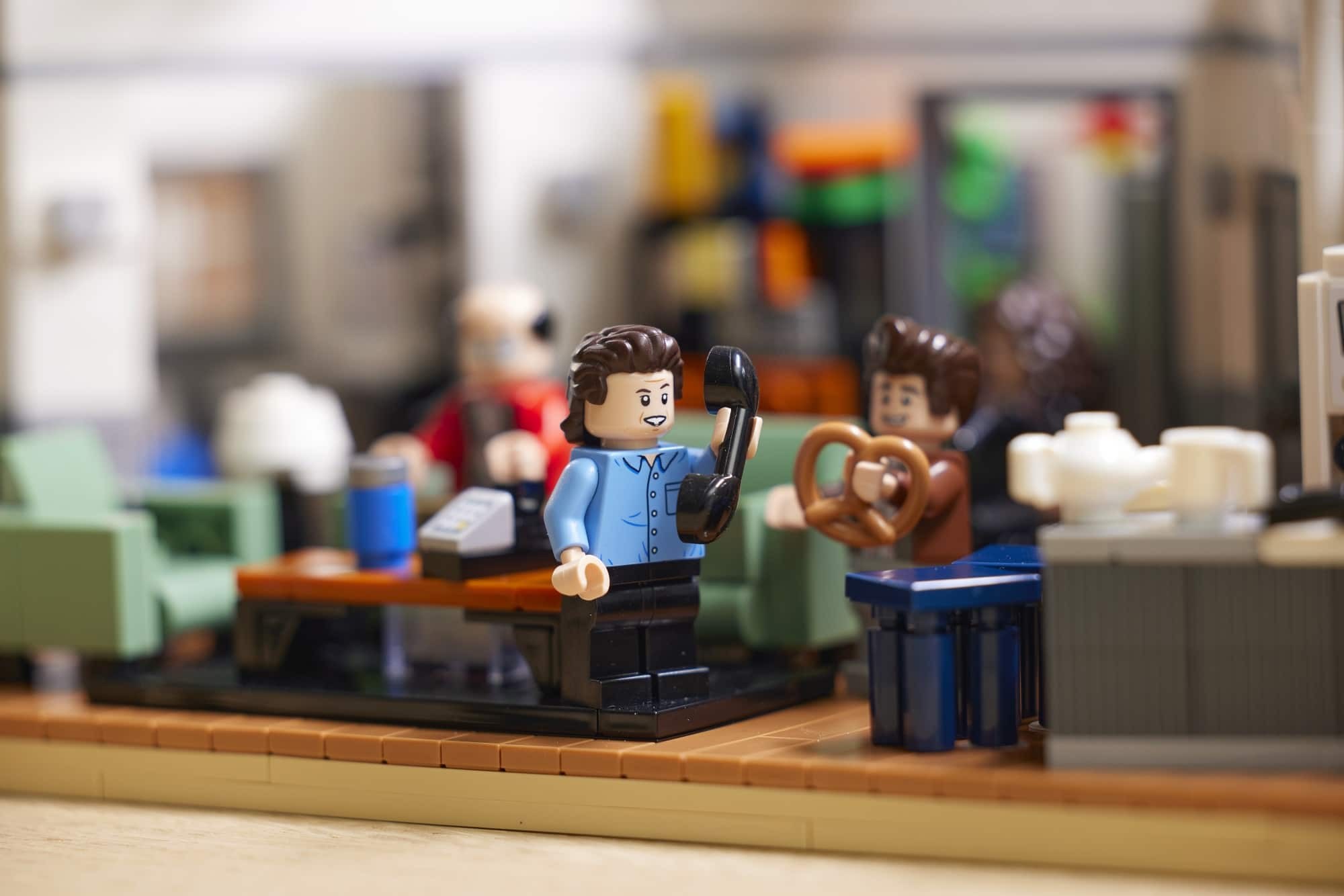 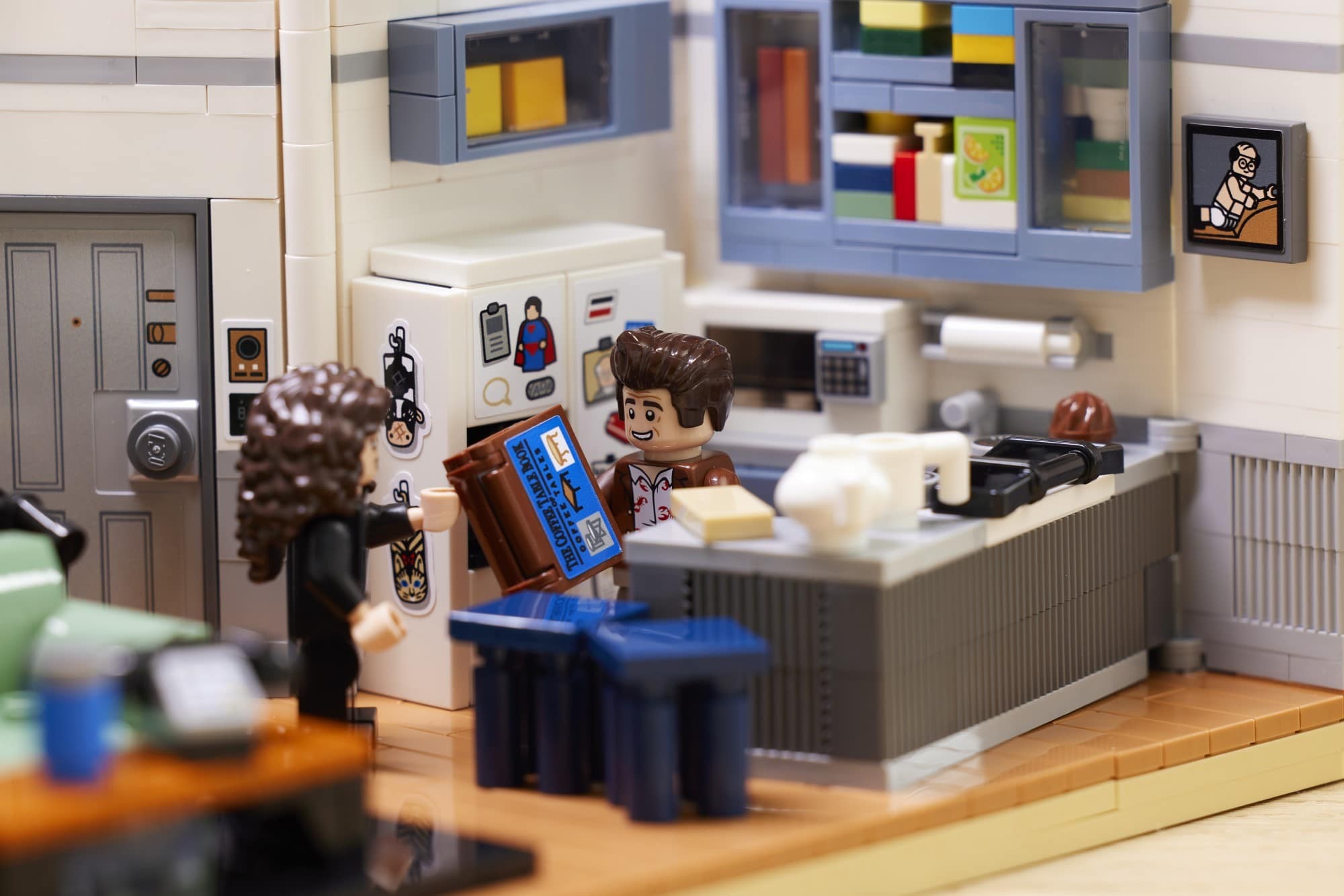 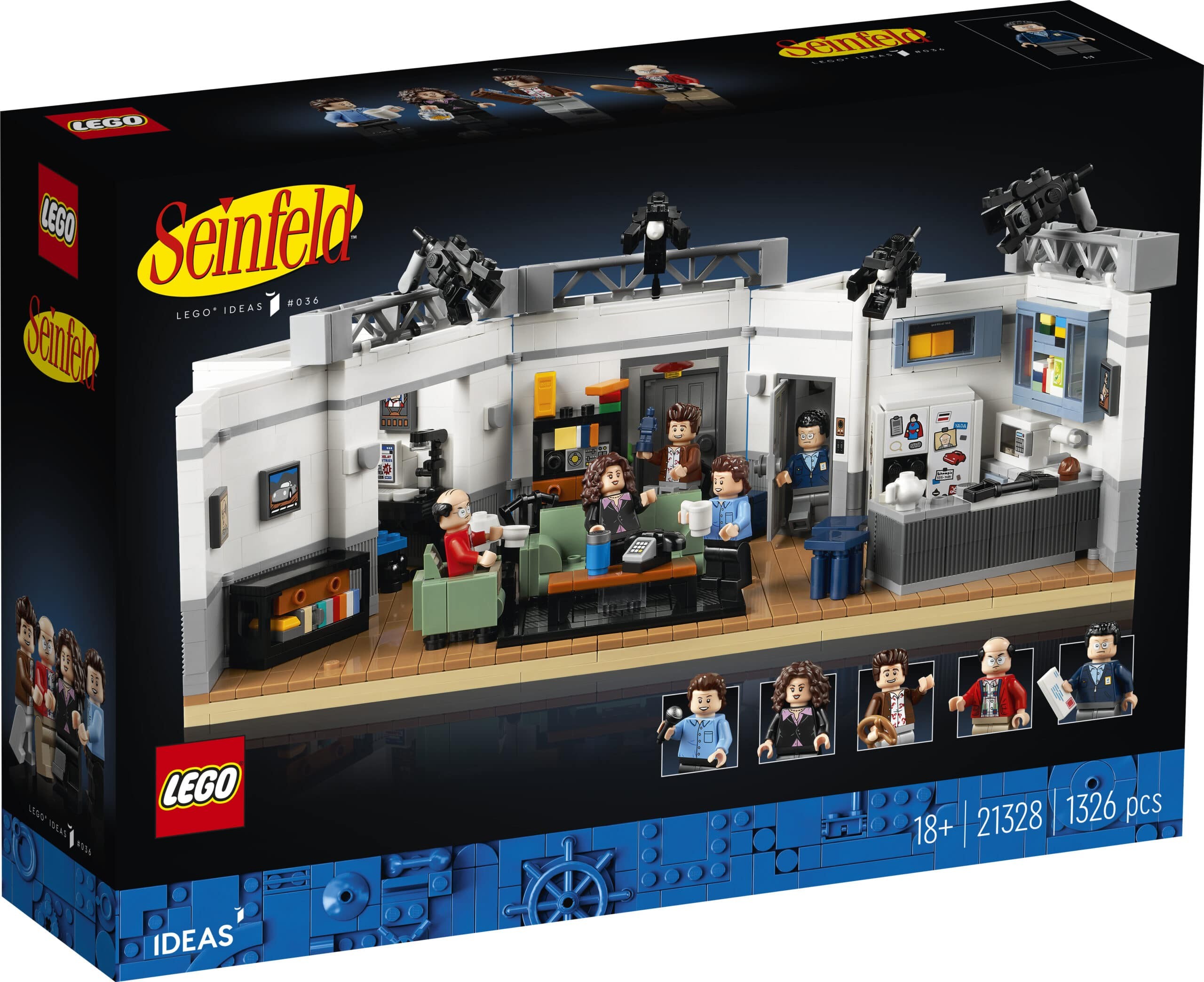 The highly anticipated set, which will let fans recreate some of their most favorite scenes from the Emmy-winning show, was created by LEGO fan Brent Waller, from Brisbane, Australia, via his submission on the LEGO Ideas platform.

A co-founder of a video games company, Waller loved LEGO as a kid but was re-introduced to it as an adult. With his skill as a 3D artist, he designs his own LEGO creations, including the Seinfeld set. On designing the LEGO Ideas Seinfeld Set, Brent said: “I loved Seinfeld in the 90s and recently re-watched them all. I thought it was a travesty that a LEGO Seinfeld set didn’t exist so I made an effort to resolve that and make the best rendition of Jerry’s Apartment and the gang that I could. The biggest challenge was trying to cram as much detail from the show into the kitchen, all the cupboards, items in the cupboard and on the bench-tops. But I am very proud of how it turned out.”

Meanwhile, Federico Begher, VP of Global Marketing at The LEGO Group, commented, “The LEGO Ideas platform is a great way for fans to share their ideas with us and their passion for a particular theme. Not only did Brent have a personal desire to create this build, other fans agree and he gained the necessary 10,000 community votes needed for us to consider creating it into a product.”

Begher continued: “Seinfeld is a classic sit-com and a cultural icon that was huge in the ‘90s and still stands the test of time today. The combination of the quirky characters and the nostalgia of the show is the perfect fit for LEGO and when we saw the concept we just knew we had to make it. I am so excited to see how this has been brought this to life in LEGO form and the attention to detail from the furniture to some of the minifigures accessories.”

Priced at $79.99, the LEGO Ideas Seinfeld set will be available for LEGO VIP members starting July 21st and for all at LEGO Stores and Lego.com/Seinfeld from August 1st.