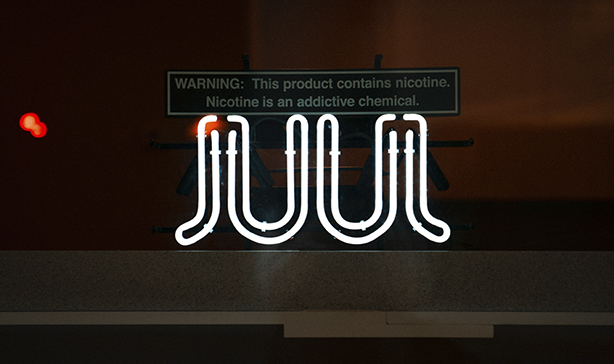 According to the Wall Street Journal, Juul is currently facing a criminal probe by federal prosecutors. The primary focus of the probe is still unclear while the investigation is still in its early stages.

The U.S. Surgeon General declared e-cig usage by minors an epidemic last December. And just a few weeks ago, in an effort to reduce the appeal of e-cigarettes to younger users, Trump issued a ban on flavored e-cigarettes.

Juul has long been advertised as a cool, lifestyle device that has been supported and marketed by social media influencers. Sales of Juul took off in 2017 which coincides with the increase of users in middle and high school.

Juul has also been linked to the rise of underage use due to its marketing strategies that seemingly target teens. A Juul spokesman had no comment on that accusation, but the company has stated that it never intended to market to teens but rather to adults who would like to do away with the traditional cigarette.

With all of that said, the Federal Trade Commission’s probe into Juul supposedly focuses on Juul’s marketing practices and whether or not they used techniques that would make their products appealing to minors. The Food and Drug Association’s investigation also covers Juul’s marketing strategies along with the high nicotine content of Juul’s refill pods which they believe has been falsely advertised.

A recent federal survey states that cigarette smoking has dropped among teens, but nearly 28% of high school students have used an e-cigarette within the past 30 days, which is a significant rise from the 21% that was reported just earlier this year.