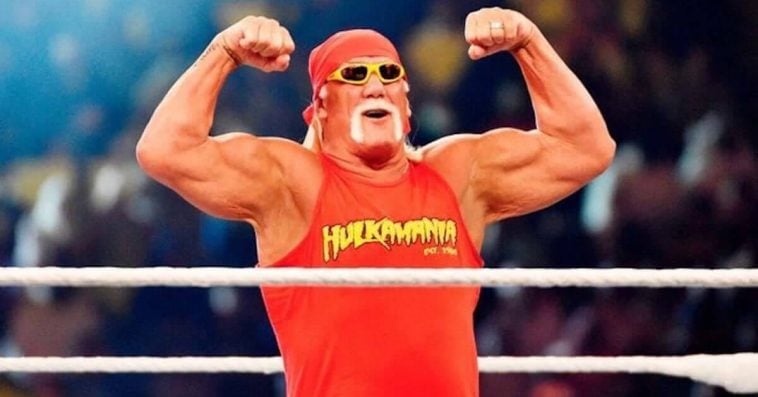 WWE fans may actually see Hulk Hogan step between the ropes one last time at WrestleMania 36 later this year.

Hogan, whose real name is Terry Bollea, took to Twitter over the weekend to give his fans an update on his recovery after undergoing his 10th back operation less than two months ago.

According to his tweet, his doctors told him that he could only do light weights for four months before ramping up his training after six months. However, he’s already hard at work in the gym at seven weeks and four days for his fans, whom he calls “maniacs.”

They said 4 months light weight then 6 months I could train slowly again after back surgery number 10, buuuttt at 7 weeks 4days my MANIACS can see I’m on the grind with my pizump on brother! I mean PLIZEASE Wrestlemania is right around the corner Brother! HollyWoodHH4Life pic.twitter.com/nd1ccTy7kS

Though Hogan didn’t exactly mention whether he would be going inside the ring for a match at WrestleMania, he did suggest that he’s been hitting the gym in preparation for this year’s Showcase of the Immortals. “I mean PLIZEASE, WrestleMania is right around the corner, brother! HollyWoodHH4Life,” read the latter part of his tweet.

Since there hasn’t been any official announcement from WWE, many fans believe that Hogan’s tweet could just be another plea by the legendary grappler to WWE for him to have one more match at WrestleMania before he retires.

Back in October, Hogan, 66, told the Los Angeles Times that he is angling for one final match at Wrestlemania 36.

“I talked to Vince [McMahon], and I said I really don’t know if I could live with myself knowing my last match was with TNA [Total Nonstop Action Wrestling],” Hogan said at the time. “If I can get fixed, I pray I can have one more match. I told Vince, ‘When I get through this back surgery, I’m going to get in the best shape of my life and we’re going to talk about me having one last retirement match.’”

As expected, Hulkmaniacs would love to see Hogan fight inside the ring one last time.

Looking great big man! I can’t wait to see you at the biggest event in the world!

Looking so good as always Hulkster!! Can’t wait to see you again real soon! I am 1 week 1 day post op for 2 separate back surgeries-glad we could get back to whatever normal is together! #LifetimeHulkamaniac #HH4Life ❤️💛❤️💛

However, a number of fans think that it would be better for Hogan to just enjoy his retirement and leave the competition to the younger generation of wrestlers.

He’s had ten back surgeries and is 66 years old. He should never wrestle or take a bump again.

No, no more matches Hulk. We love you always and you have nothing to prove to anyone. Hopefully you can just enjoy retirement.

Don’t do it man!! 10 back surgeries!
Time to get a cush job promoting some sort of pain cream. Just looking out for you.

Like the embarrassing drunk grandad at Christmas dinner, drunkenly rambling that they’ve still got it. I don’t know if you’d do more damage to your body or your legacy?! Just stop brother, maybe start your own faction, manage talent, get involved Hollywood style… Don’t compete.

Hulk, you are one of the greatest to ever step foot in the ring. A global icon.

You’ve made some mistakes and have attempted to set them right.

There is no shame in your final match being in TNA brother.

It may come crashing down and hurt inside
But brother, you earned rest pic.twitter.com/sU4Ytr3Q3R

Meanwhile, for some reason, some fans are more hyped about Hogan’s new look than his potential WrestleMania return. As seen in the photo that came with his tweet, Hogan now has a full white beard that replaces his signature handlebar mustache. According to some fans, Hogan’s new facial hair makes him look like Randy Savage, Billy Graham, Michael McDonald, and even Santa Clause.

Hogan is slowly turning into to Randy Savage pic.twitter.com/0NFabCefM0

You look so much like Superstar Billy Graham! Wow!

Thought you were a buffed up Michael McDonald BROTHER! pic.twitter.com/wpJGiivQA1

Even if WWE turns down Hogan’s request for a one final match at WrestleMania, the wrestling legend will still be present at the event, as he’s set to be inducted into the WWE Hall of Fame for the second time in his career alongside New World Order, after being inducted into the hall as a singles star in 2005.

READ  Has HBO's Euporia been canceled or renewed for season 2?

WrestleMania 36 will take place on April 5th at the Raymond James Stadium in Tampa, Florida.