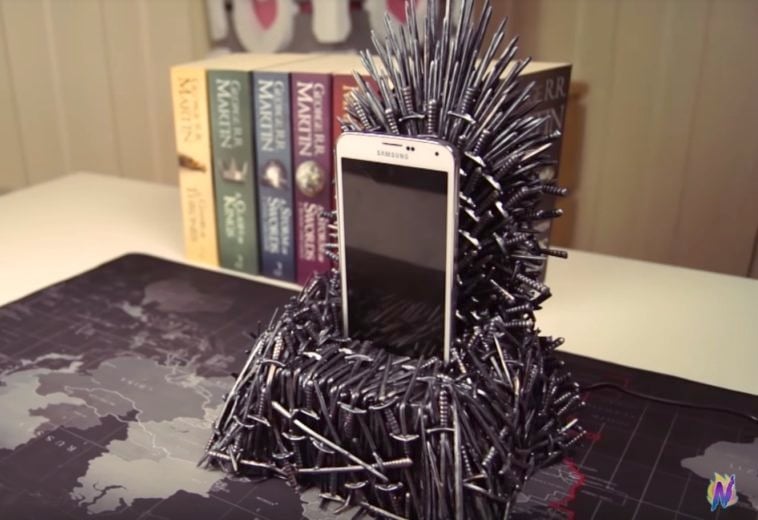 Of all the super geeky merch available to Game of Thrones fans, did you know there’s still not an officially licensed iron throne phone charger? Who would’ve thought?

Undeterred, a geek-fueled Youtube channel called Nerdforge decided to have a go at building their own. They’ve uploaded a 7-minute video tutorial that teaches viewers how to turn a few hundred plastic cocktail swords, some foam, and a bit of paint into an impressive-looking phone charger that closely resembles the Iron Throne.

Admittedly, the tutorial does make the process look a lot easier than it probably is in real life (the creators are professional tinkers). Aside from your time (and patience), the charger can be built for less than $25.