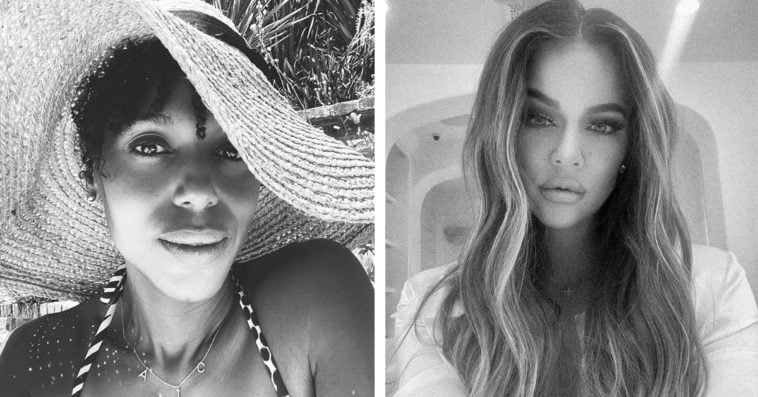 If you’ve seen a lot of black-and-white photos of women on your Instagram feed over the past several days, then chances are you’re already familiar with the #ChallengeAccepted campaign. But if you’re one of those who are confused by what it’s all about, the basic premise of this viral trend is that a participant posts a grayscale image of herself with a caption about female empowerment and nominates other women to take part in the challenge to show support for each other.

Because many of the participants nominate more than one woman, the challenge has circulated like chain mail. And apparently, the participation of some of the biggest names in Hollywood has also helped the campaign gain visibility. Actresses Kerry Washington, Jennifer Garner, Kristen Bell, and Eva Longoria, as well as reality star Khloe Kardashian, are some of the celebrities that have joined the campaign. As of writing, 6 million photos have been uploaded on Instagram with the #ChallengeAccepted hashtag; and many more have been shared on the social networking site without it.

Challenge accepted. Thank you for nominating me @vanessabryant ❤️ I am awed by the power of women loving each other and lifting each other up!!!!! And I adore you Xo

Thank you for the ♥️, @rachelzoe @amypurdygurl @jenniferlovehewitt @mollybsims. I’m sending love back to you and heaps to all women looking after their sisters. That’s how it’s done, ladies ♥️♥️♥️. #challengeaccepted #womensupportingwomen

Challenge accepted @jennychohair. Thankful for u, and all the women we know. All of them "Shapers". To quote @adamgrant : " 'Shapers' are independent thinkers: curious, non-conforming, and rebellious. They practice brutal, nonhierarchical honesty. And they act in the face of risk, because their fear of not succeeding exceeds their fear of failing." #womenempowerment #womensupportingwomen

🤍 Challenge Accepted 🤍 @vanessabryant and @malika thank you for choosing me for this! To all my Queens- Let’s spread love and remember to be a little kinder to one another 🤍 #womensupportingwomen

Unbeknownst to many, this isn’t the first time people have used black-and-white pictures on Instagram in support of a cause. The New York Times reported that black-and-white selfies with the #ChallengeAccepted became a trend in 2016 to spread “cancer awareness.” Over the years, the photo and hashtag combination has also been used to “spread positivity” online.

But according to Cristine Abram, a public relations and influencer marketing manager for social marketing company Later, a video of representative Alexandria Ocasio-Cortez speaking out against representative Ted Yoho’s sexist remarks against her on the floor of Congress last week was “the spark that led to the resurgence” of #ChallengeAccepted.

Outside the U.S., the earliest post Instagram could surface for this latest cycle of #ChallengeAccepted was uploaded two weeks ago by Brazilian journalist Ana Paula Padrão. There were also reports that women in Turkey have recently started sharing black-and-white photos of themselves to raise awareness about femicide.

While it’s nice to see women expressing support for each other virtually in this current cycle of #ChallengeAccepted, some women think the campaign doesn’t make sense because it doesn’t require actual advocacy from the participants.

“I think that if this ‘movement’ featured trans women or differently abled women, or showcased female businesses or accomplishments or women in history, it would make more sense,” podcast host Ali Segel told The New York Times in a direct message on Twitter. “But the idea of this as a challenge or cause is really lost on me.”

Meanwhile, Brooke Hammerling, founder of the New New Thing, an advisory to technology C.E.O.s, told The New York Times that sharing black-and-white photos doesn’t really accomplish the intended objective of the campaign. “I’m 100 percent for women supporting women and I’m grateful to the women who nominated me, but I don’t understand how a black-and-white vanity selfie does that,” she said. “If we could do portraits of the women who inspired us, that would be a little bit more in line with what this is trying to accomplish.”

Other women, meanwhile, suggested that it would be better if participants share photos of books, articles, products, and charities that actually benefit women instead of uploading black-and-white selfies that anyone can do for no reason.

You're not alone here. I don't get this new "challenge" either. wouldn't it be more appropriate to instead post work we have recently enjoyed that was created by other women? (Books, docs, magazine articles, beauty products, apps, charities, etc…)