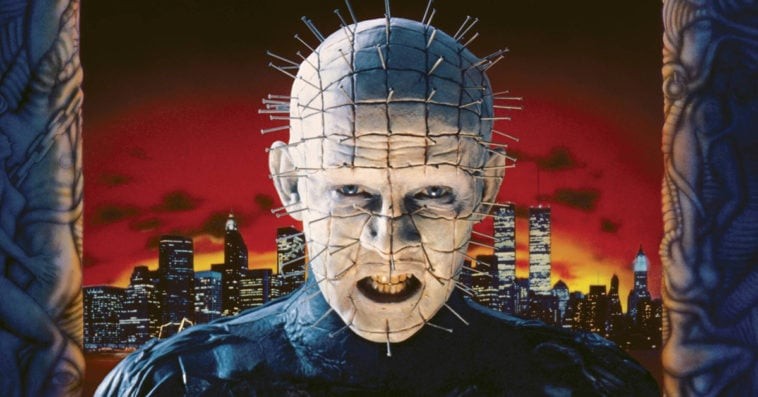 Pinhead and his fellow Cenobites are coming back to the big screen.

Gary Barber, chairman and CEO of Spyglass Media Group, has announced on Monday that the production company is rebooting Clive Barker’s 1987 horror film Hellraiser with David S. Goyer onboard as producer and writer.

Over the span of more than 30 years, the Hellraiser franchise has spawned 10 films, a series of books, various comic books, and lots of additional merchandise and media. The film series’ storyline revolves around a puzzle box that opens a gateway to a Hell-like realm inhabited by Cenobites. Cenobites are formerly human monsters who harvest human souls that they torture in sadomasochistic experiments. One of the most popular Cenobites is Pinhead, who has served as the face of the franchise since it launched.

In the original movie, which was based on Barker’s novella The Hellbound Heart, a man named Frank (Sean Chapman) bought the said puzzle box from a dealer. When Frank solved the puzzle in an attic, Cenobites suddenly appeared and tore him apart. A black-robed figure then picked up the box and returned it to its original state. But some time afterwards, Frank’s brother Larry (Andrew Robinson) moved into the house to rebuild his strained relationship with his second wife, Julia (Clare Higgins).

One day, Larry had his blood drip on the attic floor after accidentally cutting himself while carrying a bed up the stairs. His blood resurrected Frank as a skinless corpse, who was soon found by Julia. Since Julia and Frank had an affair shortly after her marriage with Larry, she agreed to harvest blood for him so that he can be fully restored. Unfortunately for the whole family, Julia’s attempt to help Frank enabled the Cenobites to come forth again.

Though Barker wrote and directed the first Hellraiser film, he has not written or directed any of the succeeding sequels.

“Clive and I go back more than 30 years together. For generations, his brilliantly twisted and imaginative Hellraiser haunted the minds of moviegoers with its searing imagery of Pinhead,” Barber said of Barker in a statement announcing the reboot, before adding that Goyer is the “perfect storyteller to continue Clive’s vision for a new theatrical version of Hellraiser.”

Goyer, who is best known for co-writing Christopher Nolan’s Batman film series, said that reimagining the Hellraiser franchise for a new audience is a “nightmare-come-true” because he has been a fan of Barker since the original Books of Blood paperbacks and The Hellbound Heart novella. Goyer went on to say that Barner is a true fan of Barker as well, and they’re both committed to making the Hellraiser reboot “something dark and visceral.”