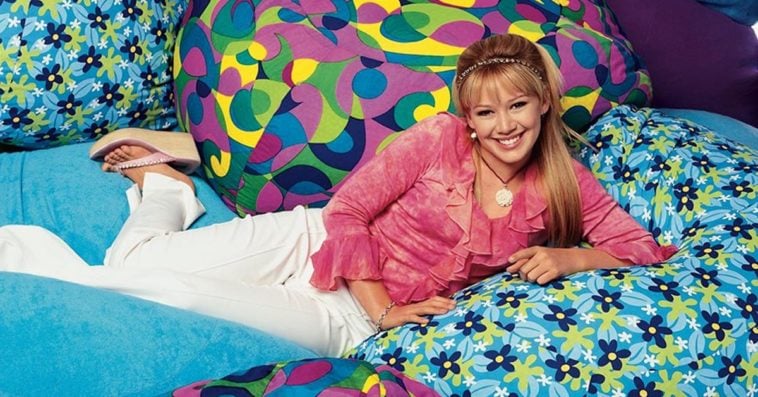 Fans may have not seen the last of Hilary Duff’s Lizzie McGuire.

In an interview with Entertainment Tonight at Love Leo Rescue’s 1st Annual Cocktails for a Cause Fundraiser at Rolling Greens in Los Angeles last Thursday, Duff revealed that there have been talks about a potential Lizzie McGuire revival.

“There’s been some conversations,” the 31-year-old actress said, before quickly pointing out that nothing is set in stone yet. “It’s definitely not a go. I don’t want to get everyone wild talking about it.”

Although a revival of the hit Disney Channel show isn’t official yet, the mere idea of it makes Duff happy.  “I mean I love her so much,” Duff said of her beloved titular character and her animated alter ego. “I think she was so important to girls at an important time in their life. If she could be important to them again at this age, I think that would be amazing.”

When asked where she thinks Lizzie would be these days, Duff said that “there’s been lots of conversations about that” but the mom of two thinks that her character isn’t a mother yet. “I’m racking my brain,” Duff said. “there I don’t think she’s a mom yet, but she might be getting soon.”

“It’s fun. I feel excited,” Duff added of the potential revival. “It could be a possibility or it could be nothing, so we’ll see.”

While Duff would love to reprise the role that gave her global recognition, she admitted that it would be hard to do the potential revival while working on TVLand’s comedy-drama series Younger. “I’m shooting Younger,” Duff told E! News. “Season 6 [is coming]. We’re shooting soon, so one thing at a time.”

Lizzie McGuire, which also starred Lalaine and Adam Lamberg among many others, premiered on Disney Channel on January 12th, 2001, and ended on February 14th, 2004, after a total of 65 episodes. A film based on the show was also released in 2003.