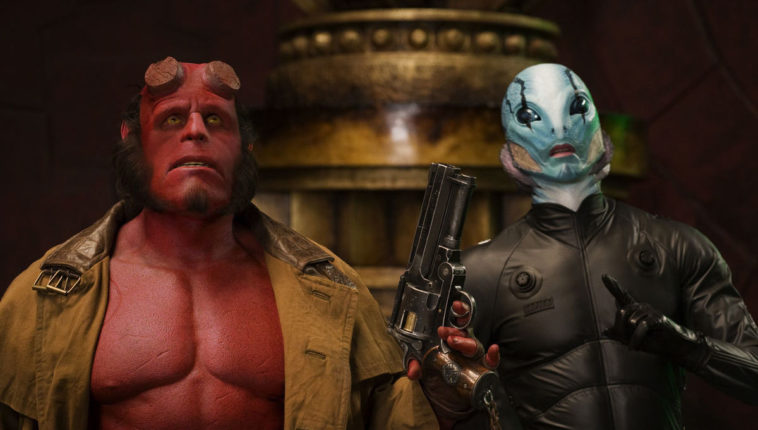 Fans of the Dark Horse Comics character have been waiting for a new Hellboy movie to close out Guillermo del Toro’s iconic trilogy for more than a decade. Ever since Hellboy II hit the big screen in 2008, fans have been waiting for the filmmaker to announce the third installment starring Ron Perlman.

Unfortunately, back in 2017, diehard fans of the film were saddened to hear from del Toro himself that Hellboy 3 would not be made. A few months later, however, the Hellboy reboot was announced. The reboot starring David Harbour, Milla Jovovich, and Ian McShane was titled Hellboy: Call of Darkness and saw the light of day in April 2019.

To juice things up, del Toro teased the fans that he had the plot and script for the Hellboy 3, and hinted that the third installment could be turned into a comic book. But this won’t be happening because Mike Mignola, the creator of the Hellboy mythology, isn’t that excited about the Oscar-winning director’s idea.

Mignola, who also co-wrote the Hellboy 3 script, told ScreenRant earlier this week that having “two different versions of the Hellboy comic out there” isn’t a good idea. “I think del Toro mentioned it to me once, and I said no,” said Mignola, adding, “Let the comics be the comics.”

Hellboy wouldn’t the first film franchise to get its continuation in the form of a comic book. And it’s safe to assume that fans of the first and second installments, which were released in 2004 and 2008 respectively, would definitely buy the comic book to find out about how the story was supposed to end after all these years.

It’s a common practice for Marvel and DC to have multiple versions of their superheroes and villains, but, apparently, Mignola doesn’t want to have two different versions of Hellboy in the comic books.

Unless del Toro gets Mignola’s approval to turn Hellboy 3 into a comic book, there are two more options on how the creators might bring the trilogy to a closure. The first one is publishing the screenplay or “leaking” it online, and the second one is turning it into an animated movie.

In fact, this wouldn’t be the first Hellboy animated movie, as fans have previously seen Hellboy: Sword of Storms and Hellboy: Blood and Iron, which served as the continuation of the del Toro films. One of the reasons why Mignola is hesitant to turn Hellboy 3 into a new comic book could be that the 2019 reboot wasn’t perceived very well by film critics and filmgoers, earning only nearly $22 million domestically, according to the Box Office Mojo.