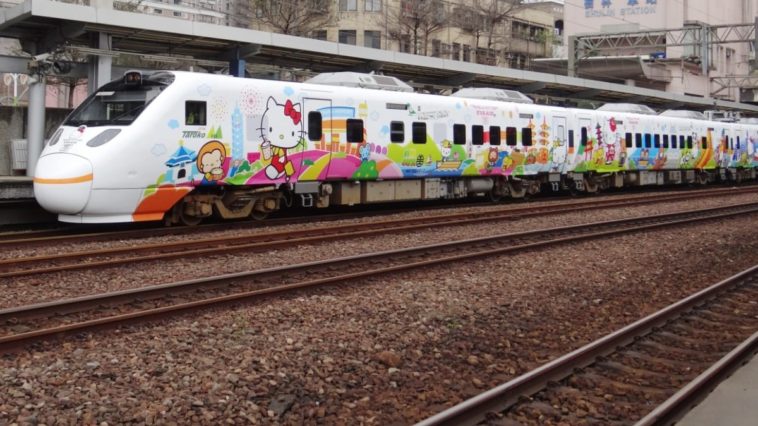 However, she is a massive deal in Japan… so much so that a railway operator is planning on launching a bullet train themed on the iconic brand.

The train will be designed in the iconic colors of the brand and embrace everything associated with the character.

The Hello Kitty bullet train is set to debut on the Sanyo Shinkansen Line this summer, according to its operator, West Japan Railway Co. (JR West).

The Kodama train will have eight 500-series cars and for those of you not familiar with Japanese railway routes, the Sanyo Shinkansen is the one that connects Osaka and Fukuoka (we definitely didn’t just Google that…).

Its design will include several elements taken directly from Hello Kitty’s iconic look. For instance, it will have Hello Kitty’s trademark red ribbon and colors will be spread around the cabs.

JR West is collaborating with Sanrio, the company behind the cat-girl character, as they believe Hello Kitty’s iconic ribbon is the ideal symbol to represent the strengthened relationship between the two regions.

Unique features on the train will include a cab with no seats for passengers. On this cab, local specialties will be sold to those travelling. There is also another cab that will be full of Hello Kitty decorations.

Either way, the statement that best describes this development is obvious… Super kawaii!