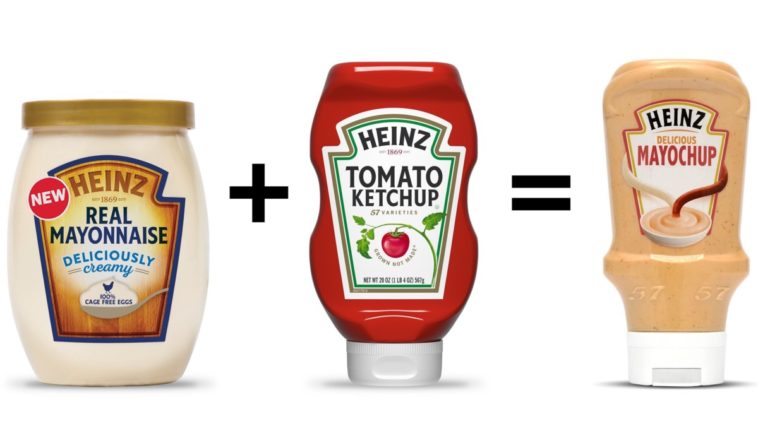 We can’t say for sure, but we’re not ruling out the possibility that one of Heinz’s creative employees was a little bit hungover when the idea for ‘Mayochup’ was thrown onto the floor. The new sauce from the brand is pretty much exactly what you think it is – yep, just good ol’ ketchup thrown in with some mayo.

We’d give it an A for taste, but it barely passes on the creativity stakes. We have been putting this stuff on our burgers since the dawn of burgers.

It’s currently only available in the Middle East, but it appears that the brand may have plans to give it a blast stateside too.

Want #mayochup in stores? 500,000 votes for “yes” and we’ll release it to you saucy Americans.

At the time of writing, there were over 700,000 votes on a poll which features on the Heinz Twitter page. About 55 percent of those votes are in favor of the company releasing the condiment in the US.

The company has promised to bring it to American supermarket shelves if 500,000 people vote for it.

The debate about this sauce is getting pretty heated online (seriously, it is). Some people are arguing that the sauce has been around in different guises for years.

Others are saying “why would I need this – I can make it myself” and then there’s those people who are pro-mayochup.

Those pro-mayochup campaigners believe that every household in America has the right to arm themselves with a condiment made from two other popular condiments.