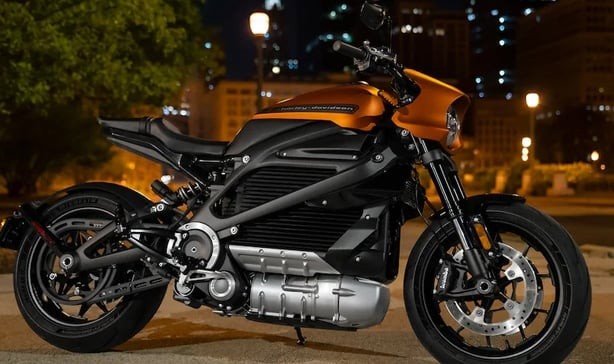 With electric vehicles becoming a viable option to many these days, establishing LiveWire and Serial 1 shows Harley-Davidson’s confidence in the creation of its electric vehicles. The first LiveWire electric motorcycle, which is still under the Harley-Davidson banner, had no branding other than its parent company. Something that will change come July when LiveWire plans to announce its first official branded motorcycle during the International Motorcycle Show.

“With the mission to be the most desirable electric motorcycle brand in the world, LiveWire will pioneer the future of motorcycling, for the pursuit of urban adventure and beyond,” Jochen Zeitz, chairman, president, and CEO of Harley-Davidson, said in a statement on The Verge. “LiveWire also plans to innovate and develop technology that will be applicable to Harley-Davidson electric motorcycles in the future.”

The new company, while still under Harley-Davidson, will adopt a new logo and a new headquarters that’s made up of remote employees from Silicon Valley and Milwaukee. LiveWire plans to push through with a hybrid business model with both digital and physical retail stores. A representative from Harley-Davidson hinted that you will possibly be able to order a motorcycle online but that it will “depend on the state in which you live.”

LiveWire aims to especially appeal to younger audiences which their first model. The company has plateaued in sales after reaching a low point in 2018. With the first LiveWire bike priced at $29,799, the choice becomes hard as it’s priced pretty similarly to buying a Tesla Model 3. The supposed market of the LiveWire may possibly have shifted to the more popular brand by Elon Musk.