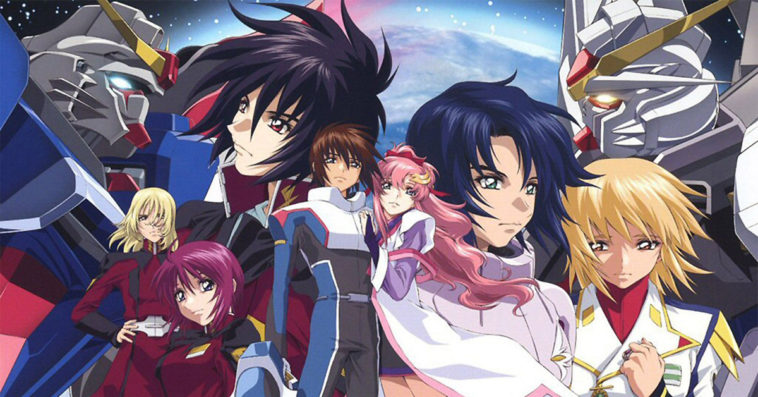 The Gundam Seed Destiny film that was announced back in 2006 is not dead yet.

Theme song singer Takanori Nishikawa, who performs under the stage name T.M. Revolution, gave an update on the status of the long-delayed project during his appearance at the Gundam 40th Fes. “Live-Beyond” concert on Saturday, which celebrated the 40th anniversary of the first-ever Gundam anime series, Mobile Suit Gundam.

Before he performed his last song at the event, Nishikawa reminded the crowd that it has been 15 years since the second Gundam Seed TV series, Mobile Suit Gundam Seed Destiny, aired. And even though a lot of fans had already given up hope that the Gundam Seed Destiny film would still see the light of day, Nishikawa has remained optimistic about the project most especially after he recently found out that film studio Sunrise and Bandai Namco Entertainment are still actively working on the movie. “It’s moving along,” a staff member of the project told him.

Sunrise announced the Gundam Seed Destiny film on May 6th, 2006 at the Sony Music Anime Fes’ 06 with a brief clip featuring the characters Shinn Asuka, Cagalli Yula Athha, Lacus Clyne, Kira Yamato, and Athrun Zala. Though writer Chiaki Morosawa had managed to complete the outline of the movie’s plot, she explained in the April 2008 edition of Animage Magazine that the requirement of continuous treatment for her illness had led to the indefinite postponement of the project.

READ  A Funko movie is in the works at Warner Bros.

Morosawa passed away on February 19th, 2016. But since the Gundam Seed Destiny film is a collaboration between her and her husband Mitsuo Fukuda, the project continues to move forward despite her death.