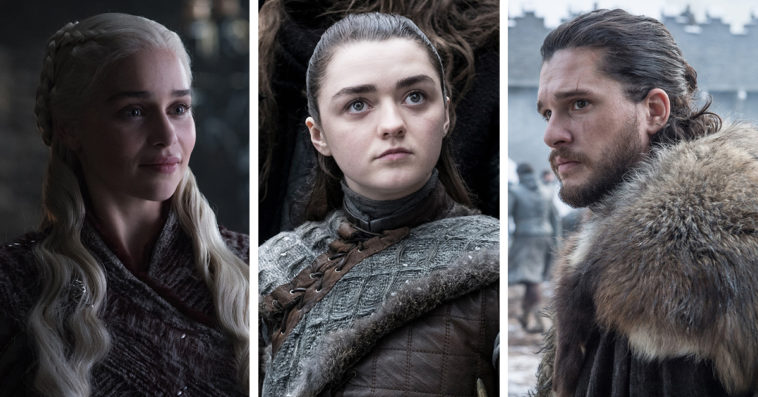 When Game of Thrones launched back in 2011, the number of people on social media was way smaller than it is today. During that time, it was hard for viewers to find out what the rest of the world feels about a certain character or a particular scene. But because social media has gained more popularity since the debut of the HBO series, fans from all over the world can now see millions of comments and reactions from their fellow viewers in real-time. And given that Game of Thrones is a true global phenomenon, lots of fans still talk about it on social media even if it’s on hiatus.

Though the exact topics of those social media conversations are unclear, international social media analytics firm Talkwalker has recently released a set of social wave data that revealed the most talked-about Game of Thrones characters on social media from March 12th to April 12th of this year.

Interestingly, a number of characters who have already died in the show still made it to the Top 20 list. These are Ygritte (Rose Leslie), Robert Baratheon (Mark Addy), Ramsay Bolton (Iwan Rheon), and Khal Drogo (Jason Momoa). See their rankings and their corresponding number of mentions in the table below: 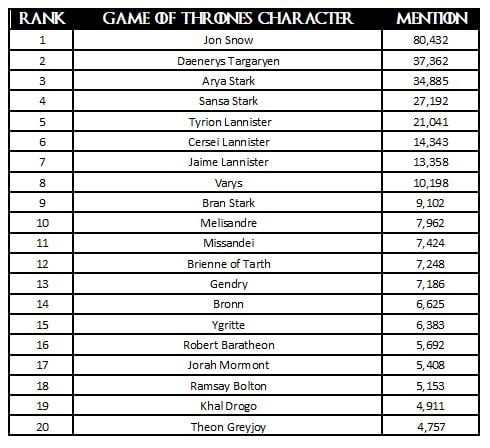 These are #GameofThrones, #ForTheThrone, #GoT, #GoTPremiereNYC, GOTS8, and #ACanHasNoName, which is a limited-run, special edition MTN DEW can inspired by Arya and her training with the Faceless Men of Braavos. When warm, the cans appear brandless. Once chilled, they reveal Arya’s iconic kill list, a tribute to those killed and a glance at her remaining targets for the final season. 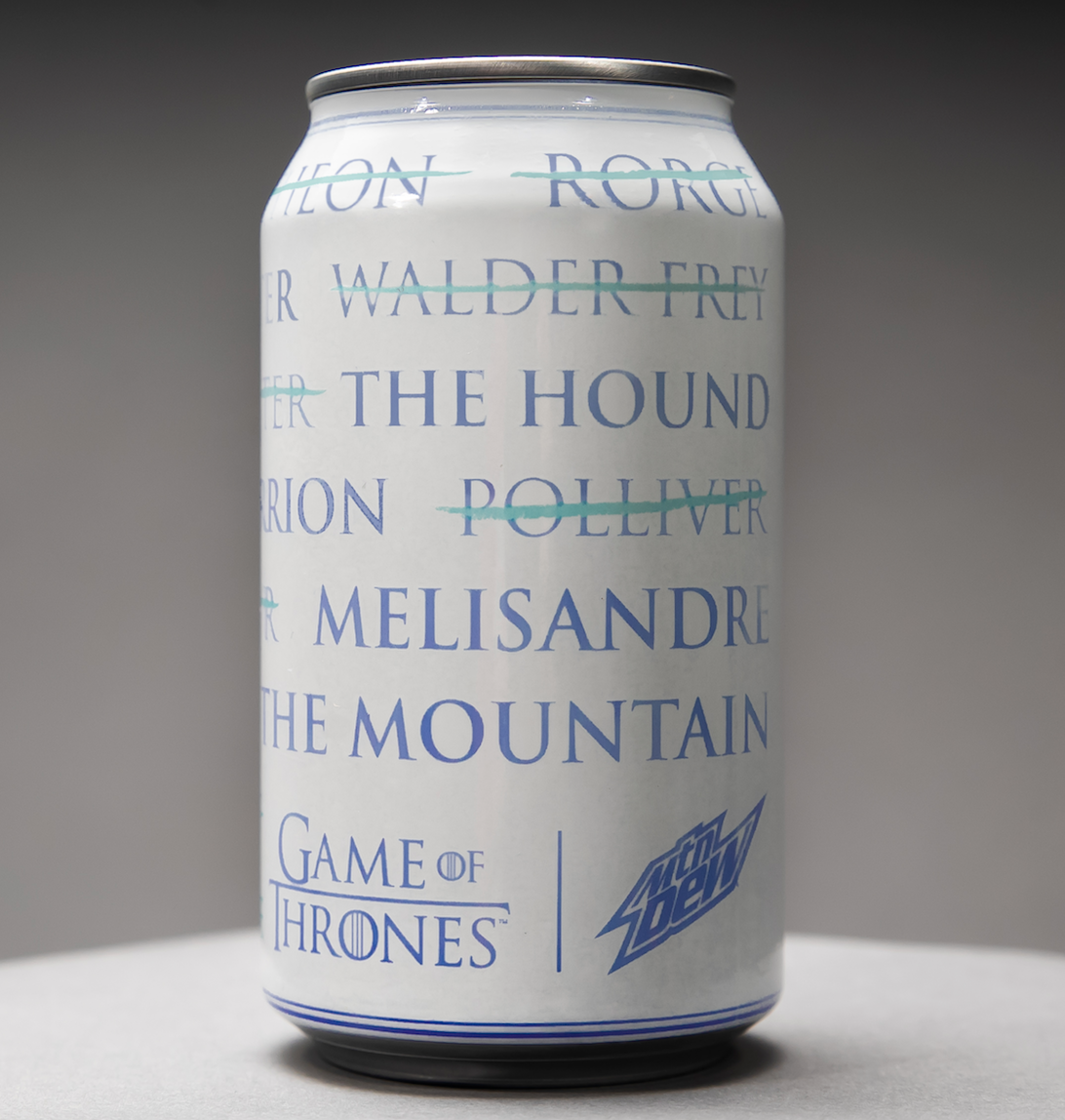 The eighth and final season of Game of Thrones airs tonight at 9 p.m. ET on HBO.