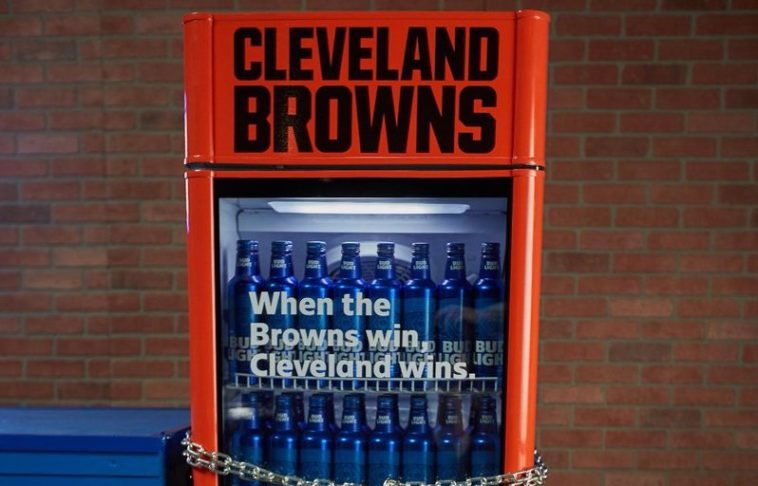 Beer giant Bud Light is looking to capitalize off the Browns’ struggles by placing internet-connected “Victory Fridges” filled with free beer throughout the city of Cleveland.

If you’re a football fan, you’re already well aware of Cleveland Browns’ woes. The struggling franchise is undoubtedly one of the worst performing teams in recent memory. In fact, during the last three seasons, their combined record is an abysmal 4 – 44. Amazingly, the team’s last win was nearly 2 years ago in December 2016.

In a move that’ll make a 2018 – 19 victory an even more joyous occasion for Browns’ fans, Bud Light has partnered with FirstEnergy Stadium and nearby bars to install custom-made beer refrigerators that are programmed to open as soon as Cleveland secures a win. The Verge is reporting “the fridges are kept shut with an elaborate locking system whereby the chains holding the doors closed (and the beer inside) are held up by an internal magnet, synced together with the other Browns Victory Fridges through Wi-Fi.”

You’ve stood by us through it all. We love you for it, and so does @budlight.

These special fridges will unlock celebratory beers when we get our first regular season “W”.#VictoryFridge pic.twitter.com/LgsGNabMpt

Mashable says each fridge holds 200 bottles which will be replaced monthly in an effort to keep the beer fresh – should the team manage to eke out a win.

Sports pundits are already taking bets on which is more likely – a Cleveland win or outraged drunken fans breaking the glass to raid the fridge. Where do you place your bet?