Smartwatch innovation has stalled lately, with many manufacturers abandoning making wearables altogether. But Fitbit is keeping at it with their newest smartwatch, the Fitbit Versa.

The Versa is the lightest metal smartwatch available in the U.S., and it certainly looks a lot more stylish and refined than Fibit’s previous smartwatch, the Blaze.

Under the hood, the Versa is powered by Fitbit’s own Fitbit OS 2.0. Fitbit OS 2.0 on the Versa offers extensive health and activity tracking, including heart rate and sleep tracking, exercise tracking, and built in GPS. For swimmers, the watch works for swim tracking and is water resistant up to 50 meters. Versa integrates with Fitbit’s app and also provides personal coaching to keep wearers motivated.

Of course Versa comes with most of the other features you’d expect from a typical smartwatch – that includes notifications and quick replies (replies are for Android users only), the ability to pay from using the Fitbit Versa, and the ability to play music sans a phone using apps like Pandora, Flow and Deezer. Speaking of apps, there are over 550 apps and clock faces available for the Versa, including the likes of apps from E*TRADE, Flipboard, Hue Lights, Nest, Starbucks, Strava, Surfline, United Airlines, and Yelp.

The battery life for Fitbit Versa is claimed to be over 4 days, which is sadly way above average for smartwatches.

But perhaps is most unique feature of the Versa is the inclusion of female health tracking which allows women to track their menstrual cycle so that they can get a more complete picture of their health.

Fitbit Versa goes on sale in April. The $199.95 model comes in a choice of black, silver or rose gold aluminum with a matching case. There will also be a Fitbit Versa Special Edition which comes with Fitbit Pay and retails for $229.95. A variety of accesories will be available for the Versa, including leather, swim ready, and stainless steel bands. 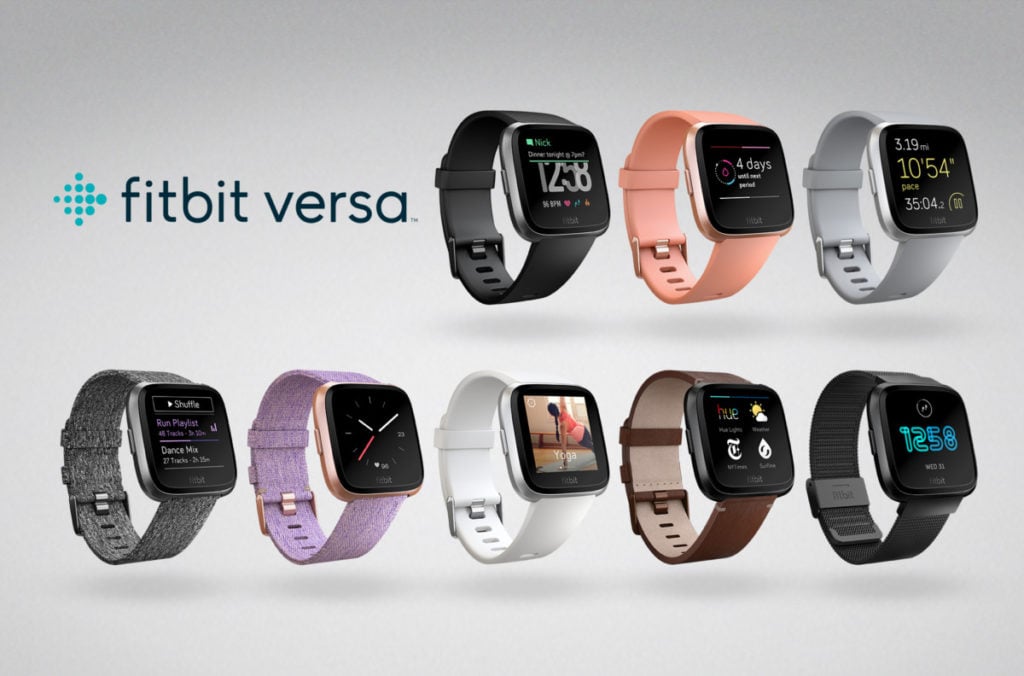