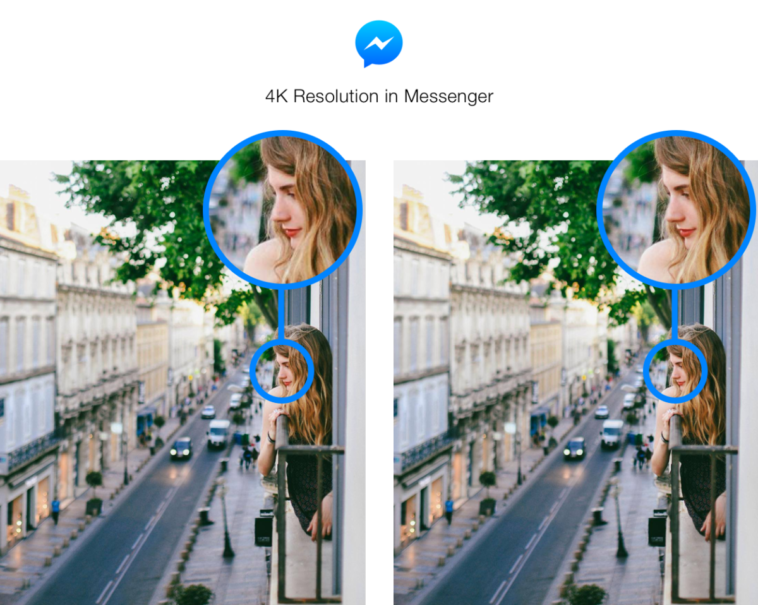 Just in case you haven’t noticed it yet, Facebook Messenger recently received a slew of new features. Case in point: the ability to send money to friends, share Spotify and Apple Music tunes, and several new video chat filters, just to name a few.

Earlier in November, the company launched another new visual feature that allows Messenger users send and receive photos in 4K resolution. Not only that, the social media giant also promised users that the sharing of 4K images will be as fast as sharing any standard-resolution photo.

The announcement about the new feature was made by none other than Messenger product managers Sean Kelly and Hagen Green who stated in a Newsroom Post that the app now supports images bearing 4096 x 4096p resolution. For the uninitiated, 4K happens to be the largest resolution supported by most smartphones.

“We heard that people want to send and receive high-resolution photos in Messenger, and considering people send more than 17 billion photos through Messenger every month, we’re making your conversations richer, sharper, and better than ever.

“To send and share photos at 4K resolution, first update your Messenger application to make sure you have the latest version. Then open a conversation and tap the camera roll icon. Select the photo, tap send and the person you’re messaging with will receive the high-resolution photo.”

The support for 4K images started hitting Android and iPhone users on Nov 21. Initially, the feature is available only in a select few countries including Canada, the US, France, Australia, Hong Kong, Japan, Singapore, the UK, and South Korea. Facebook promised that it will soon extend the feature to other markets too.