These crazy tiny wireless earbuds sound incredible for their category and are extremely comfortable.

Earin was pretty much a pioneer in the wireless earbuds category, being one of the first to come out with truly cordless headphones. Their second generation headphones are the Earin M-2’s and they have been significantly refined over their predecessors.

Earin released their first generation wireless earbuds, the Earin M-1’s, back in 2015. Since then just about every headphone company has come out with their own wireless buds. But Earin has managed to keep an edge over all of them by offering tinier than average wireless earbuds. The M-2’s are incredibly small, even for their category. We can’t help but compare them to being “the emperor’s new earbuds” because they are so tiny that they are almost invisible. 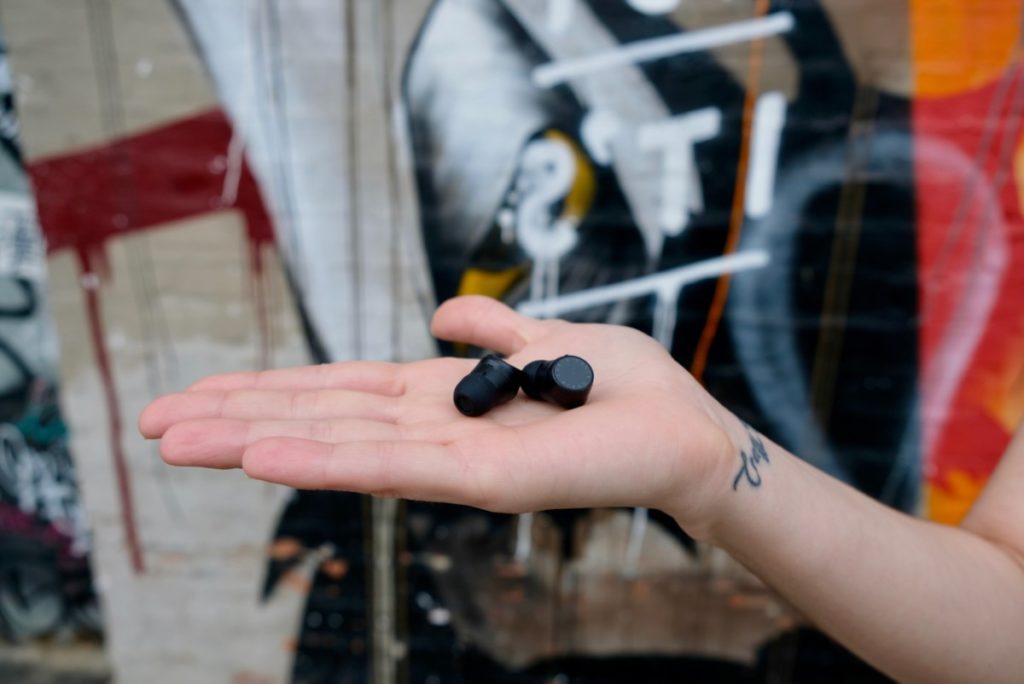 With their small size also comes great comfort. To that effect, the M-2’s are super comfortable to wear, even for prolonged listening sessions. The earbuds are also very lightweight, so they don’t put any pressure on your ears.

Earin includes several 3 pairs of foam tips and a single silicon pair in the box for different sized ears. I personally have small ear canals and often struggle with wireless earbuds being too big and uncomfortable for my ears, but that isn’t the case with the M-2’s. I also very much appreciate that because they are so petite, they are practically invisible when you wear them. The fit is pretty secure too, but not ideal for use during a rigorous workout.

Another neat aspect of the Earin M-2’s design is that it offers a simple touch & tap at the side of the earbud that lets you make a call, control your music or pull up Siri, Alexa or Google Assistant. For example, you tap once to pause a track, tap twice for the next track, three times for the previous track, and hold long to pull up your voice assistant. There is however, a learning curve involved, so using the correct taps for the correct task does take some time to get used too.

Pairing the M-2’s is a bit tricky – you have to connect to both earbuds separately. I observed that when their power is low, that the iPhone would struggle with pairing to them. Earin has an app available for the M-2’s but it’s pretty barebones and doesn’t offer all that many options, but it does let you adjust the balance, gain, and “Audio Transparency” for the M-2’s. Audio Transparency lets you adjust how much outside sounds are able to come through while you’re listening to music.

It’s worth mentioning that despite the fact that there is no active noise canceling on the M-2s, because they offer such a snug fit, we found that they drowned out most of the noise for us, even while on a noisy flight. 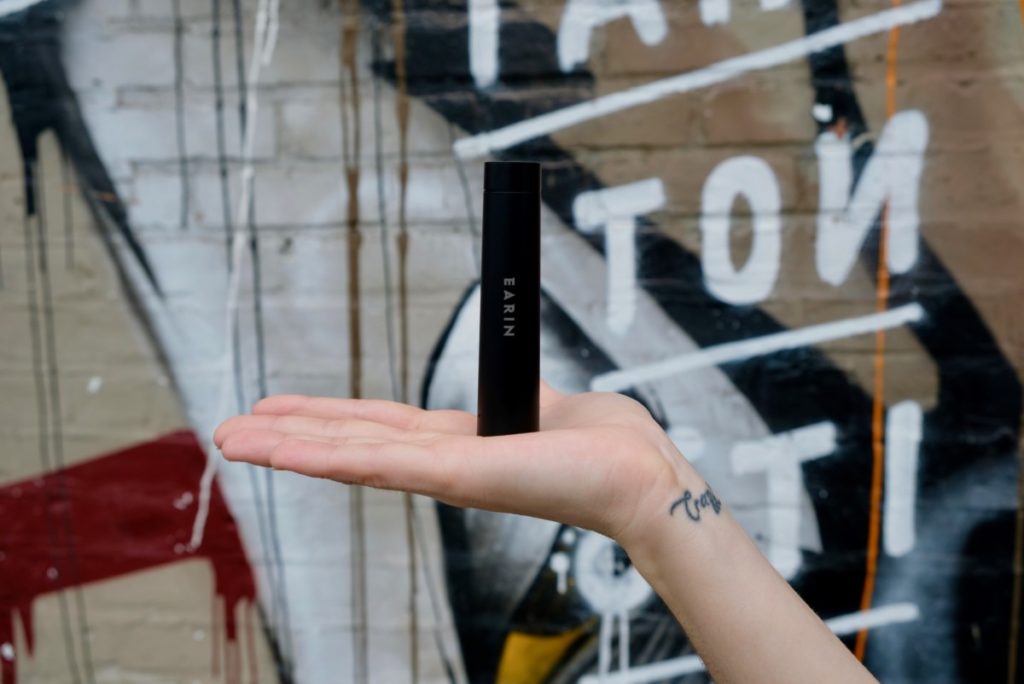 The M-2’s pack in Knowles Balanced Armature speakers inside. Audio quality for the M-2’s is significantly better than the original M-1’s. The audio is noticeably louder this time around and music much sounds more defined. Overall, the audio is quite balanced and rich, but the bass and treble are a bit weak. That said, they sound excellent for a pair of wireless earbuds, and are especially impressive when you consider how small they are. They are absolutely amongst the best sounding wireless earbuds we’ve tried to date.

Battery life for the Earin M-2 is about 3.5 hours on a charge, but the included capsule provides you with up to an additional 14 hours. The all-metal capsule is beautifully designed and it charges up conveniently via MicroUSB.

As for call quality on the Earin M-2’s – we could hear callers clearly, but they said that we sounded muffled. Overall, the M-2’s get the job done when it comes to making a call, but they are nothing to write home about in this department. That said, we’ve found that in general, most wireless earbuds just don’t perform all that well when it comes to making calls and that this is one area where the AirPods do reign.