It would be an understatement to say that people have needed a little more caffeine than usual to get through the last twelve months, and to celebrate the new year Dunkin’ Donuts has stepped in with a brand new menu offering. Dunkin’ has unveiled the Extra Charged Coffee, which comes with 20% more caffeine than a classic Hot or Cold Iced Coffee but retains the same taste. That isn’t the only new addition though, with Dunkin’ Midnight and Explorer Batch coffees also making their debuts for those who aren’t getting enough energy from their daily brew.

Midnight is described as the darkest roast in the brand’s history, packed with cocoa notes and a dar finish, while Explorer is the first blend introduced as part of the new Limited Batch series and is poised to be a favorite among coffee connoisseurs, with Dunkin’ promising dark berry flavors and a smoky finish, with the beans being sources from highly regarded coffee regions of Colombia, Ethiopia, Guatemala and Sumatra. Make sure you get it soon, because Explorer Batch will only be available for a limited time, with a revolving door of guest coffees being introduced throughout the year. 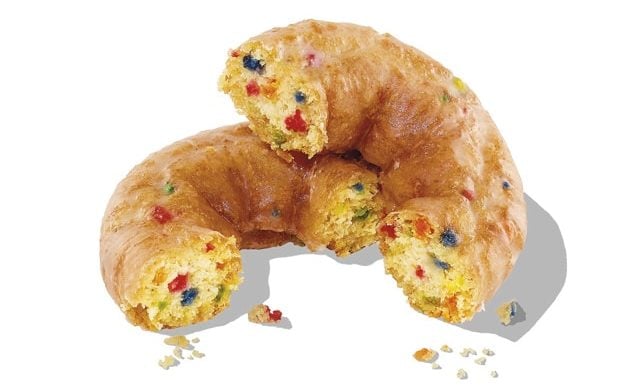 Vice President of Marketing & Culinary Jill Nelson is evidently very excited about the new blends now available to the millions of Dunkin’ customers as everyone tries to put 2020 in the rear-view mirror.

“Since opening our doors more than 70 years ago, Dunkin’ has served a superior cup of coffee. Now, for the first time in our history, we’re offering the boldest and most diverse assortment of blends and customization options to fuel a new era of coffee at Dunkin’. From the darkest roast in our portfolio to the most caffeinated hot and iced coffee varieties, we are more committed than ever to keeping Americans running on Dunkin’ in 2021.”

The Extra Charged Coffee is available now as both a hot or iced beverage until January 26th, with a medium currently on offer for just $2. If you fancy something sweet to go with it, the Dunkfetti Donut features special celebration confetti sprinkles baked into the ring topped with a sweet glaze.
ShareTweet
SubscribePinterest