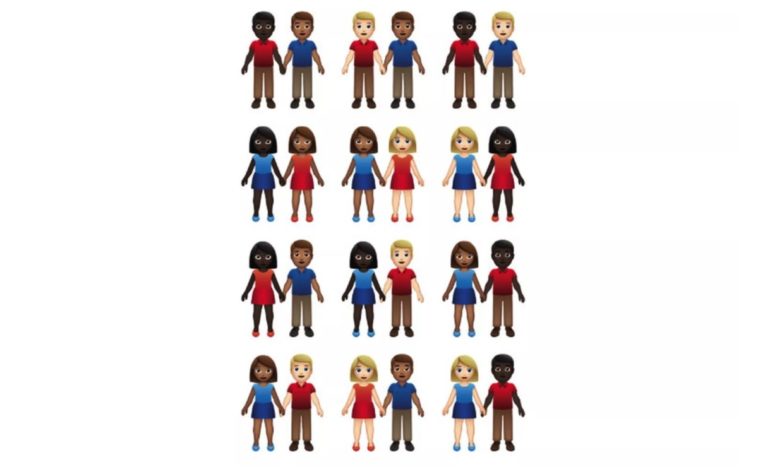 The Unicode Consortium is currently working to finalize a new list of emojis to be released in early-2019. Of the 179 to make the cut, 55 of them are emoji couples. While 55 may seem like a lot, the consortium was after diversity, not simplicity. The new emoji will be made up of gay, lesbian, and straight couples in every imaginable combination of skin tone. The figures will be standing side-by-side holding hands.

In addition the couples, the consortium is proposing a new set for the disabled community. These include a guide dog, service dog, hearing aid, deaf person, mechanical limbs, and wheelchairs – some of which Apple teased back in March.

Interestingly, the group behind the characters is already teasing a few new emojis that may make the 2020 standard. These include a ninja, military helmet, dodo bird, magic wand, and a screwdriver.

Although the list – which is apart of the Unicode 12.0 standard – will be ratified in September, it’ll likely be several months before they’re fully implemented on our favorite devices and apps.

While emojis look like simple figures and icons, the underlying technology is actually quite sophisticated. It usually takes companies several months to update their respective platforms to handle the additions, for example, Apple is still working to incorporate Unicode 11 emojis that were first confirmed in February.