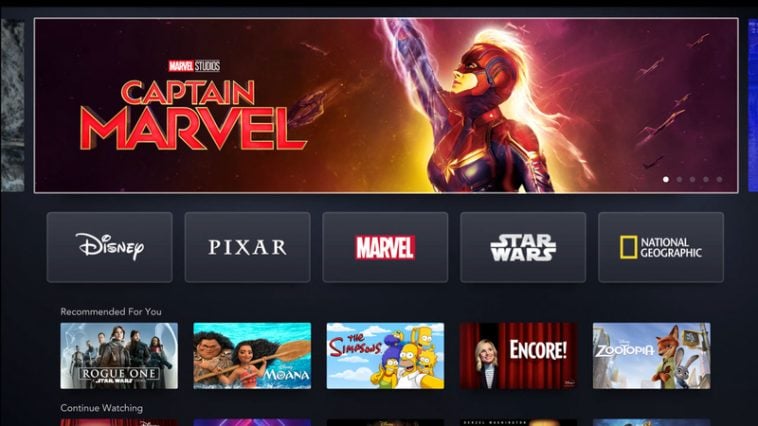 One of the more attractive features of the upcoming Disney+ service, aside from the content itself, is that subscribers will have the option to download each of the movies and TV shows that are available on the platform for offline viewing. However, multiple reports have now come out saying that these downloads aren’t going to be permanent.

The fact that the Disney+ TV shows and movies will become inaccessible should a person unsubscribe from the streaming service is obvious. But industry analysts have suggested, if any content is pulled from the platform – because of rights disputes, for example, then subscribers will also lose access to any downloaded versions of the movies and TV shows.

While Disney itself hasn’t commented on the reality of this actually happening, remarks by CEO Bob Iger made it seem as though any content that’s pulled from the streaming service will be immediately wiped from a subscriber’s device.

Iger has said that preexisting contract issues could mean that many titles may not be available with Disney+, though “by and large, almost all of it will be there.”

“If you’re a subscriber, you can download it and put it on a device, and it will stay on the device as long as you continue to subscribe. If you wanted to download 10 classic Disney films that may not have all been available at once before, you can do that, basically fill all of your hard drive on one of your devices, and you or your child can watch wherever they are.”

A follow-up statement by the organization noted that titles would be available for download for as long as they’re on Disney+. Alongside this, a spokesperson claimed that some of Iger’s words were misconstrued and that he was primarily speaking about Disney shows and movies that were previously unavailable to a wide audience.

Since announcing the Disney+ streaming service, Disney has been pulling the majority of its shows from competitors, such as Netflix, in preparation for the launch.

Disney+ is set to debut on November 12th. Subscribers will be able to access content for $6.99 a month or purchase a yearly plan for $69.99.