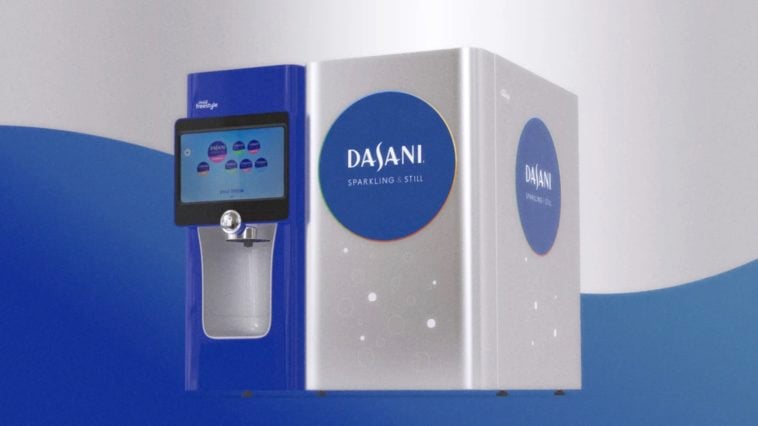 With Dasani’s new vending machine, the PureFill, the idea is to reduce the use of plastic bottles by offering customers water refills when they bring their own bottles to the machine. While only 100 PureFill machines are currently being rolled out, brand owner Coca-Cola has noted that this is a test-run to see how receptive the market is to the idea.

Vice president of environment and sustainability at Coca-Cola, Bruce Karas notes that this is an experiment designed to see how comfortable people will be bringing their own bottles to a vending machine. The idea is something that environmentally-focused groups, such as the Plastic Pollution Coalition, have been asking from brands for several years.

The Plastic Pollution Coalition’s cofounder and CEO Dianna Cohen has said that products such as Dasani’s PureFill vending machine, are one of the primary ways to tackle the issue of disposable plastic. However, she notes that the issue is much larger than this, saying:

“Refill systems can and must replace single-use plastic water bottles. The time is now for all of us to think ‘reusable’ instead of ‘disposable.’”

While Dasani itself doesn’t have plans to eliminate plastic bottles entirely, the PureFill vending machine could nudge consumers in that direction, if it ever becomes widely released. The brand has already rolled out the machines on several college campuses. Next up, the Dasani PureFill will be rolling out in workplaces.

Coca-Cola launched the Dasani brand over two decades ago. Back then bottled water was the country’s best selling drink. Since then, there have been a variety of changes in the market, with the most notable being that customers are increasingly more environmentally-conscious. This has led to more brands to work on figuring out ways to reduce the number of plastic bottles they sell.